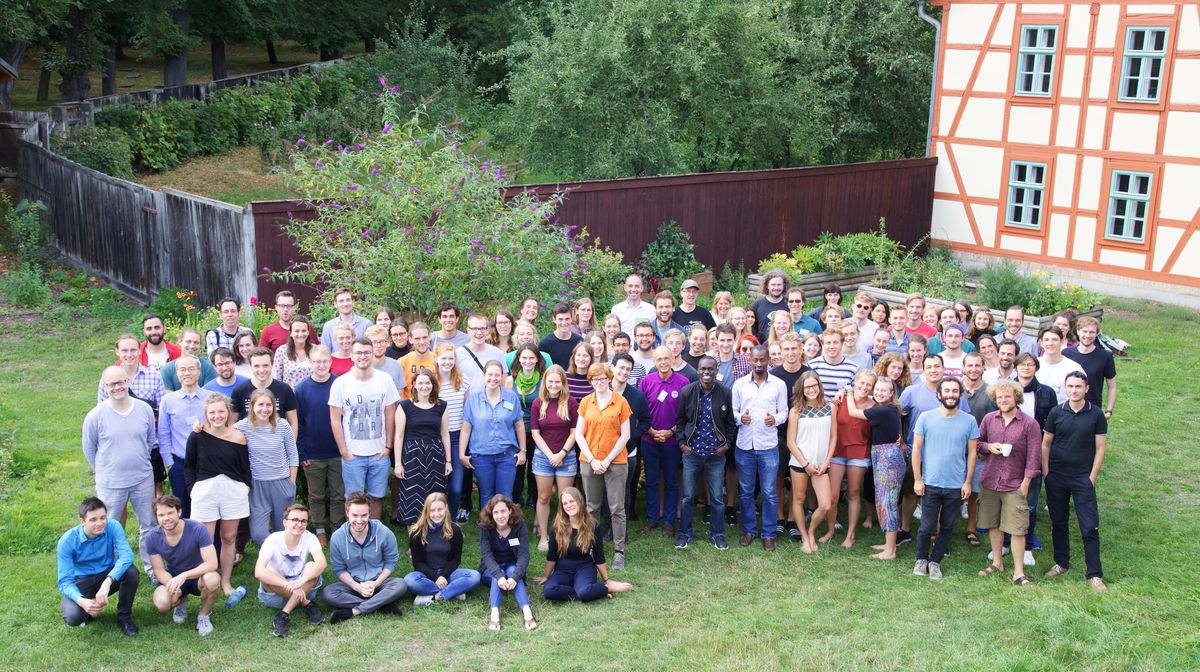 Brice Deconinck
Daniel Obst hat Exploring Economics mitentwickelt und mitbegründet. Er ist Doktorand am Institut für Sozioökonomie an der Universität Duisburg-Essen. Er hat einen Bachelor-Abschluss in Politikwissenschaft und einen Master-Abschluss in Wirtschaftswissenschaften.
Ignacio Silva Neira is an economist and master of analysis economics of the University of Chile and current student of the International Economics Master in Berlin School of Economics and Law. He is Director of the Observatory of Economics Policies (OPES) in Chile, group member of De America Soy and Rethinking Economics.
Jacobo Castellanos Ecuatoriano del mundo. Political Scientist from Tec de Monterrey. Promoting a technological ecosystem that reflects and fosters economic plurality and diversity. Also member of De América Soy and Rethinking Economics.
Jorge Rosales-Salas Postdoctoral researcher, PhD in Engineering Systems at Universidad de Chile (Operations Research and Microeconomics), Master of Science in Administration with a major in Finances, Civil Industrial Engineer; with a solid background in the area of time use modeling, microeconomics, operations research, optimization, simulation and project evaluation.
Jorim Gerrard completed a master in Economics and was part of the program Economic Policies in the Age of Globalisation (EPOG) at the University for Law & Economics Berlin and the University Paris 13 & 7. At Exploring Economics his roles are the coordination of the curation, ministration and search for material and the editorial team.
Julien Hallak Project manager at the Veblen Institute for Economic Reforms, supporting curriculum reform and pluralism in economics
Lilli Pohl Lilli holds a bachelor's degree in Sustainable Business from Alanus University in Alfter. Eager to make knowledge of pluralist economics widely available and understandable, she is coordinating the writing workshops and production of offline material, as well as managing the editor team for Exploring Economics.
Martin Dupont
Samuel Decker Hey - I am sam!
Yara Rieper supports the content and community management and works on our social media presence. Alongside studying for her Masters degree in Economics and Social Science at the University of Erfurt, she is also part of the local group of pluralist economics in Erfurt.

Andrea Pürckhauer
Andreas Dimmelmeier
Anne Löscher I am interested in the macroeconomic implications of the climate crisis in the Global South, which is also the subject of my PhD. Fields of interest beyond my research include feminist economics and history of economic thought.
Felix Kersting
Frederick Heussner
Janina Urban
Lara Boerger
Marian de Foy
Ruben Tarne
Sheral Shah Hello! I am a postgraduate in Economics having done it from the University of Warwick. I am just "exploring" my options here!!

Alice de Walque
Ameline Bourdon
Andrea Cuadra
Anja Crusius
Anne-Laure Jachym
Asmaa Chaouti
Chiheb Eddine Mazigh
Clara Torma From Latin America to the World. I'm Clara, from Rio de Janeiro, Brazil :) I got my bachelor's degree in Economics last year at the Federal University of Rio de Janeiro and now I'm part of the EPOG+ (Economic Policies for the Global Transition), an Erasmus Mundus Master Programme. Currently I'm living in Berlin while studying at the Berlin School of Economics and Law. I'm focused on Global South dilemmas and inequalities + always up to a conversation about labour/welfare/gender economics!
EDGAR CASTRO
Eleonora Monaci I am an undergraduate student at the University of Aberdeen in Economics and History.
Hugo Mello
Jakob Hafele
Javier Garcia
Jerome Gonnot
Jordi Burger
Josephin Wagner I was part of the Exploring Economics project team and I coordinated the writing workshops.
Josie McCauley Josie McCauley is an Economic major at Colorado College. She has taken 10 courses in the field to date, ranging from the Economics of Higher Education to Econometrics, and worked as a teaching assistant for a Personal Finance course. She is involved in Women in Business and has a passion for making economics more accessible and less jargonized.
Kasturi Kandalam I have a BA in Economics (Hons) from Azim Premji University (APU). My minor was Media, Society, and Development. I am fluent in English, Telugu, Hindi, and German. Economics as a subject is intellectually fascinating and challenging. Dynamically combining complex economic theories and ideas and presenting them in an accessible form is what I want to pursue. Exploring Economics matches my interest here. As a part of the Economics course in APU, I chose ‘Political Economy’ ‘Development Economics’, ‘Econometric methods’, ‘Indian Economy’, ‘Economic Philosophy and Reasoning’ and ‘Labour Economics’. These courses have trained me towards comprehending economic problems with logical rigor without losing sight of history, politics, institutions and most importantly, people. This also trained me towards understanding and presenting needful and impactful research. Being interested in issues of inequality, unemployment, jobless growth, the role of the state in development, gender and production relations, this platform will help me achieve this because of its diversity in research presented and the team itself. I wish to become part of the Editorial team with Level B of engagement.
Kerstin Hoette
Lázaro Lázaro Tovar
Lino Zeddies
Lukas Böhm
Lukas Theile
Mandie Joulin
Maria Zinutti I hold an International Joint Master in Sustainable Territorial Development, an interdisciplinary course across four different universities and countries (Padova, IT - Leuven, BE - Paris, FR – Campo Grande, BR). As part of the program, I carried out an internship in Brazil at Banco Palmas, the first and major community bank of the country. Previously I graduated in Political, Social and International Sciences at the University of Bologna. Both my bachelor and master thesis were focused on the topic of sustainable economics: an economic system with environmental and social issues at its core, and above all, that aims at ensuring wellbeing within planetary boundaries.
Maria Kiseleva
Meghna Baskar My name is Meghna Baskar and I graduated from Carnegie Mellon with a degree in Economics. Since then, I work in the financial services industry doing product management at a FinTech company, Charles River.
Micha Schöfthaler
Ramya Emandi She is making her way into the world of economics, trying to connect the dots from an engineer to manager to an economist. An ambitious & a constant student of inquisitiveness and an ardent supporter of an interdisciplinary approach to public policies. She is working at UNDP-India in monitoring and evaluation. She completed Advanced Studies in International Economics from Kiel Institute, Germany. Earlier, she had worked for 7 years in Business Development, Planning & Economic Studies for an Indian public sector oil & gas Fortune 500 company 'Indian Oil Corporation Limited'.
Romain Pichot
Rouven Reinke PhD student at the University of Hamburg, Centre for Economic and Sociological Studies.
Simon Walch
Souleymane OUONOGO
Tamara Ritter I am currently enrolled in the M.Sc. "Applied and Behavioural Economics" at the University of Trento, Italy, after having completed my B.Sc. in economics at the University of Bologna. I am mainly interested in behavioural economics but excited to broaden my horizons outside of neoclassical economics.
Theresa Neef