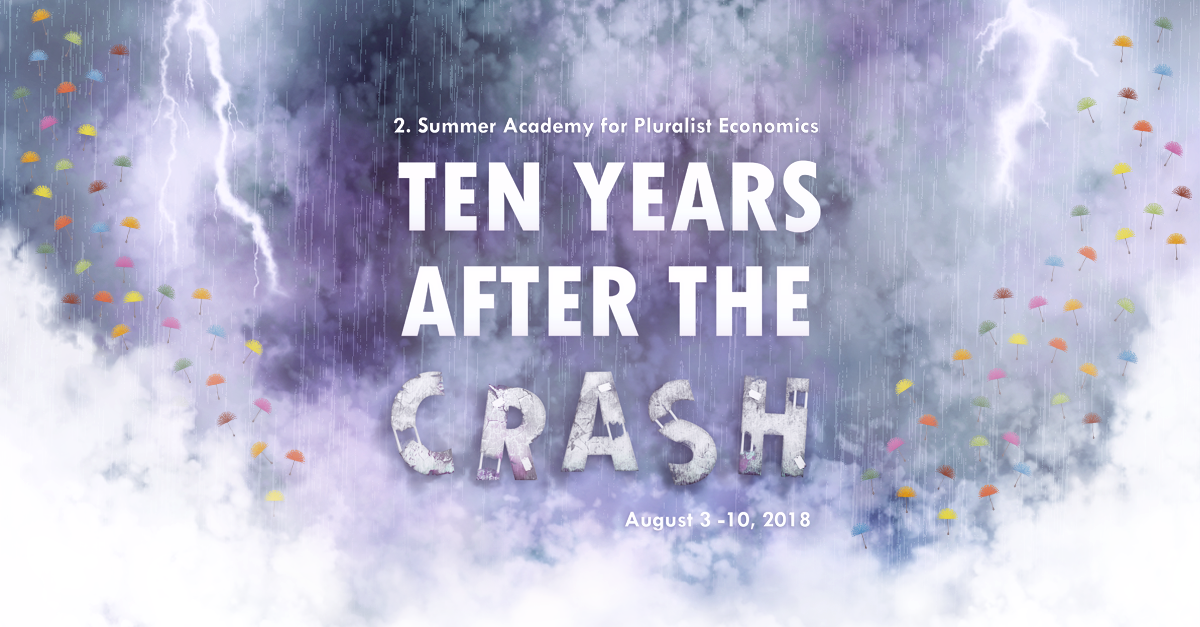 Claudius Graebner works as research associate at the Institute for the Comprehensive Analysis of the Economy (ICAE) at the Johannes Kepler University Linz. He holds a degree in social sciences, economics and law from the University of Erfurt, Germany, and obtained his PhD in economics at the Institute for Institutional and Innovation Economics at the University of Bremen, Germany. His research interests include computational economics, development economics, network theory, game theory and econometrics. His research on the evolutionary analysis of social institutions, the methodology of social sciences and the microeconomic effects of free trade agreements has been published in journals such as the Journal of Institutional Economics and the Journal of Economic Issues and was awarded various prizes, including the WiWa Young Scholars Award for Pluralist Economics.

Lilly Schön works as a research associate at HTW Berlin and coordinates the office of the network for feminist economists - efas. She is doing her PhD focussing on the connection between economics and violence on women and the role of the feminist movement. 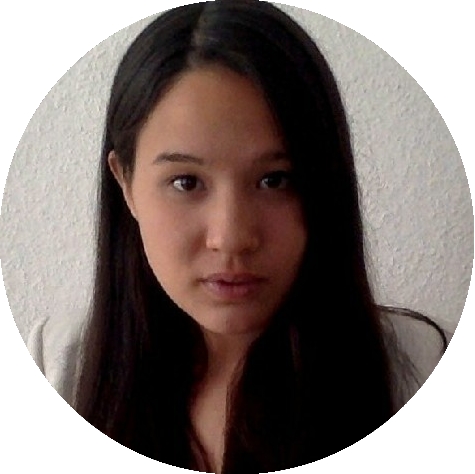 Justina Lee is an advanced student of Economics at the University of Buenos Aires from Argentina.  She is part of the Economics and International Team of the Argentine organization Economía    Femini(s)ta which shows gender inequality through the dissemination of information, statistics,        academic content and creative production directed at the general public. 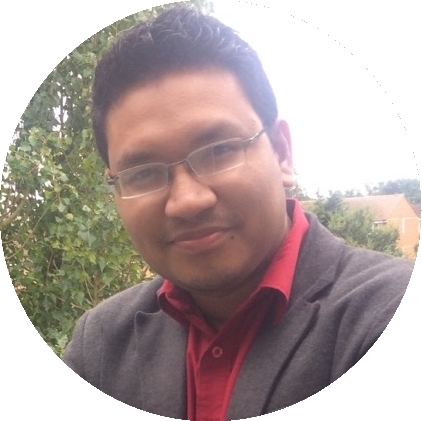 Corinna Dengler studied Economics, International Development and Socio-Ecological Economics and Policy in Vienna, Moscow and Quito, and has been working as a research associate at the department for Economics and Ethics at Vechta University since 2017. In her dissertation, she focuses on feminist, decolonial and anti-capitalist perspectives on the Degrowth discourse -  topics she also engages with in activist contexts. She recently published a paper with her co-author Birte Strunk titled: "The Monetized Economy Versus Care and the Environment: Degrowth Perspectives on Reconciling an Antagonism" (2017).

Birte Strunk studied Liberal Arts and Sciences focusing on political theory and international relations in Maastricht and London. As a Junior Teaching Fellow at University College Maastricht, she spent a year teaching subjects such as Theory Construction and Modelling Techniques or Philosophy of Science. In the past year, she has been active as a member of the executive board of the Network for Pluralist Economics in Germany, and helped setting up ZOE, the Institute for Inclusive and Sustainable Economies. Together with Corinna Dengler she recently published a paper about Degrowth and Care.

Stephan Panther graduated in Economics at the Ludwig-Maximilians-University, Munich, where he also did his doctorate. Since 2016 he is a professor for Economics and institutional research at the Cusanus University, Bernkastel-Kues. His research interests are the Political Economy as well as the analysis of long-term economic development. Moreover, he works on topics in the field of Institutional- and Development Economics.

Jan Behringer is an economist for tax and fiscal policies at the Macroeconomic Policy Institute (IMK) in the Hans Böckler Foundation, Düsseldorf. He is also a member of the organizing committee of the Forum for Macroeconomics and Macroeconomic Policies (FMM). Jan studied economics at the Eberhard Karls University Tübingen. His research interests include income distribution from a macroeconomic perspective, current account imbalances, and applied econometrics.

Jannis Eicker studied Social and Economic Sciences in Erfurt and Global Political Economy in Kassel. Currently, he is writing his PhD on the rise of right-wing parties and movements in Europe from a historical-materialist perspective. He is active in various political contexts, for example as member of the editorial team of an anthology on Pluralist Economics.

Anil Shah is a researcher in the department for "Globalisation & Politics" at the University of Kassel. Previously, he studied Social and Economic Sciences as well as Global Political Economy. He has been a member of the Netzwerk Plurale Ökonomik (Network for Pluralist Economics) since 2012 and contributed to the online platform exploring-economics.org. Anil is part of the I.L.A-Collective which published the Boock "Auf Kosten anderer? Wie die imperiale Lebensweise das Gute Leben für alle verhindert" (On others' cost? How the imperial way of Life circumvents the good life for all).

Jana Gebauer works as a freelance researcher, lecturer und faciliator in Berlin. At the interface of topics such as post-growth economics, alternative economy, and corporate responsibility, she is looking for ways and contributions of entrepreneurial actors to a social and ecological transformation.

Simon Walch is a student of Global Political Economy at the University of Kassel and works on issues of post-development, postcolonial studies, and alternative economic systems. Prior to his Master's, he worked at the OECD on the sustainable development goals.

Gonçalo L. Fonseca is a research fellow at the Institute for New Economic Thinking. He received his Ph.D. in Economics from the New School for Social Research and his M.A. from the Johns Hopkins University. His research is on the intersection of the history of economic thought and economic theory. He is currently researching the foundations of the Marginalist Revolution, examining the origins, scope and construction of theories of exchange and competition. 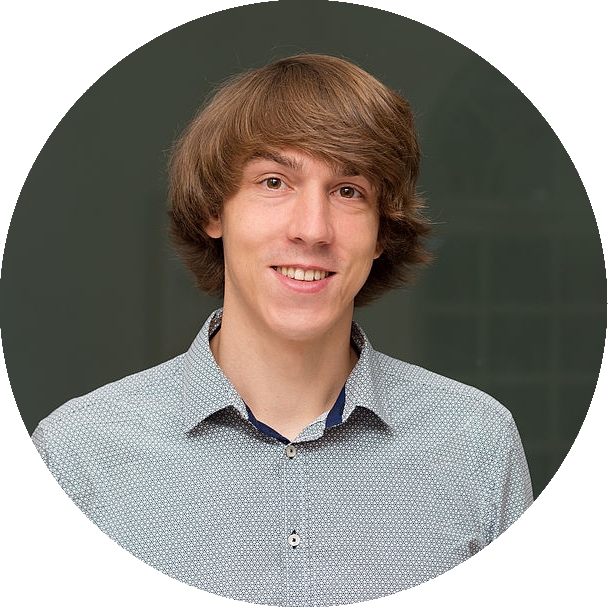 Hannes Böhm studied economics in Münster and Leipzig. His PhD thesis deals with the transmission of financial and sovereign risks during the Euro Crisis as well as the stability of financial market systems. Hannes was a founding member of the reading circle for plural economics at the University of Leipzig and played a key role in organizing discussion and reading events covering the financial and the Euro Crisis. He is also in the administrative team for the working group on economic policy of the Heinrich Böll Foundation.

Svenja Flechtner studied Languages, Economics and Cultural Studies (diploma) as well as Governance and Public Policy (BA) at the University of Passau and the University Paris 1 Panthéon-Sorbonne. She obtained a doctoral degree in economics (Dr. rer. pol.) from the Europa-Universität Flensburg in 2016. Her thesis was concerned with "aspirations and the persistence of poverty and inequalities", a topic situated at the interface of behavioural eceonomcis and development economics. Since March 2018, she is an Assistant Professor of Pluralist Economics at the University of Siegen. 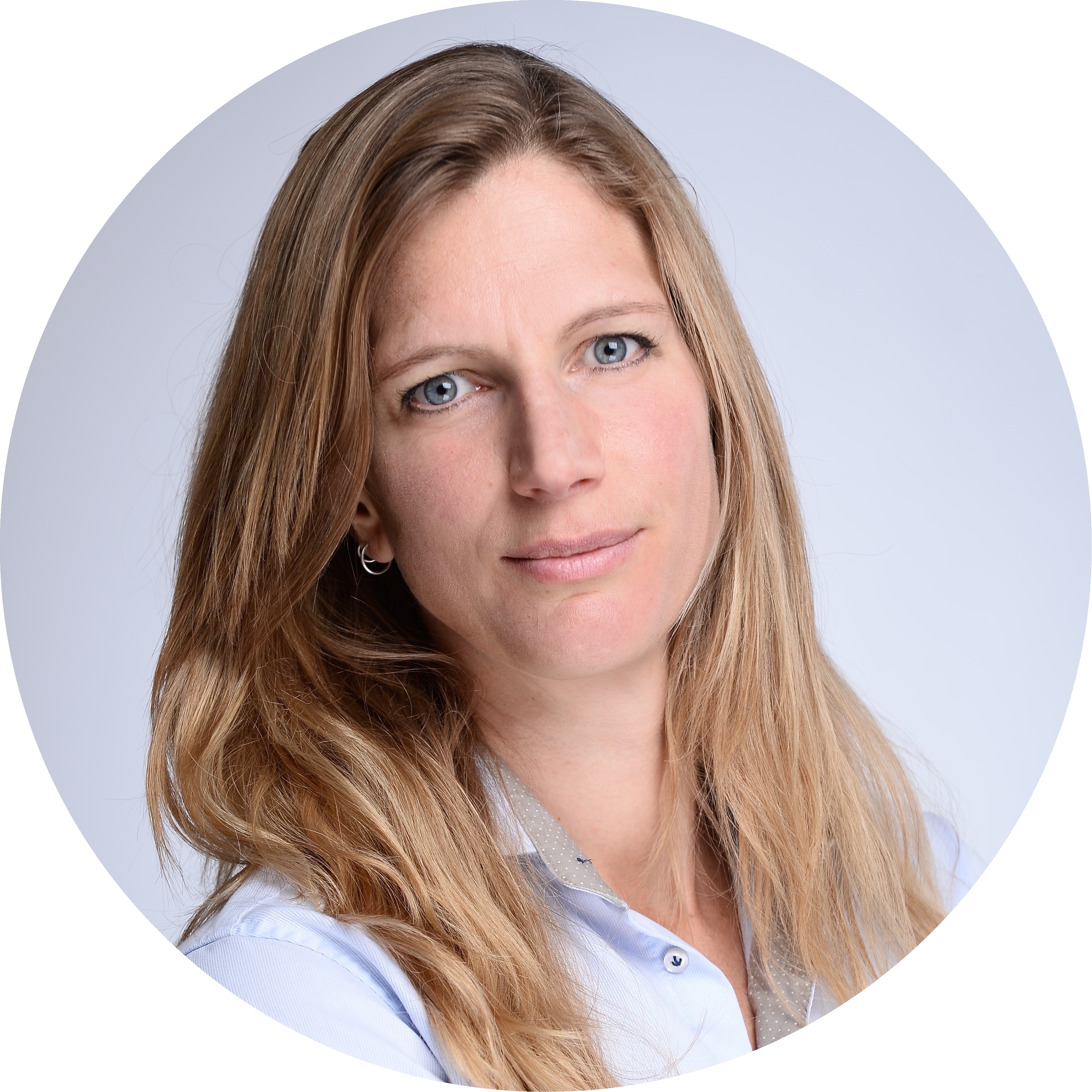 Maja Göpel is the secretary general of the German Advisory Council on Global Environmental Change, where she works concerning the sustainability transformation at the intersection betwen science and politics. Besides stakeholder dialogeus, lectures and management tasks, she can continue her research on future oriented justice and new economic models which she developed as head of the Berlin office of the Wuppertal Institute and published in her 2016 book 'The Great Mindshift'. Maja Göpel is an activity-oriented scientist who during her media studies and doctoral research in Political Economy worked with various NGOs concerning world trade, climate change and sustainable development before leading the creation of the World Future Council in Hamburg and Brussels for six years. She is a member of the Club of Rome, the Balaotn Group and the German Sustainable Development Solutions Network as well as being part of board of the 'Generationenstiftung' and the 'Stiftung Entwicklung und Frieden'. Her daughers are six and three years old.

Prof. Dr. Alexander Kriwoluzky is Head of Department for Macroeconomics at DIW Berlin as well as professor of economics at the Martin-Luther-Universität Halle-Wittenberg. His work focuses on empirical macroeconomics, fiscal policy and monetary policy. He taught in Halle-Wittenberg as well as at the University of Bonn and the Tinbergen Institute, Amsterdam and holds the position of associate editor for the European Economic Review.

Dr. Hubert Temmeyer graduated at the University of Siegen in economics. After completing his PhD, he worked at several institutions including the Federal Ministry for Economic Affairs, OECD, International Monetary Fund and held different positions at the Federal Bank of Germany. Since 2016 he is the President of the Bundesbank's Regional Office in Saxony and Thuringia.

Julia Schmid did her B.Sc. in economics in Würzburg, Germany. Right now she is enrolled in a Master Programm at Hohenheim University in International Business and Economics with focus on economic history, growth economics and inequality. She is a board member of the Network for Pluralist Economics.