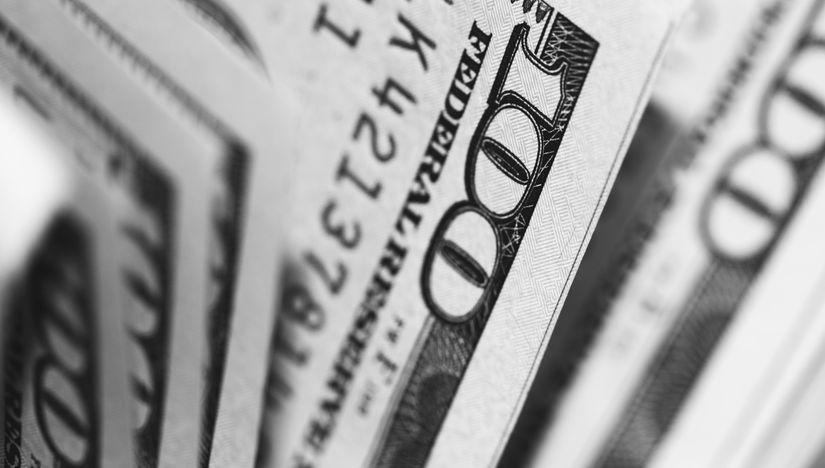 Translated from German by Jorim Gerrard

Modern Monetary Theory (MMT) is a school of monetary and macroeconomic thought that focuses on the analysis of the monetary and credit system, and in particular on the question of credit creation by the state. It is based on the ideas of post-Keynesianism and Chartalism, the latter of which was founded by Georg Friedrich Knapp (Ehnts 2020). MMT criticizes three essential misconceptions of monetary theory that arose in the neoclassical period and is thus to be understood as an alternative to the neoclassical conception of money.

The first new finding is that banks engaged in lending business are themselves able to "create" bank deposits and therefore do not simply act as intermediaries, as is widely assumed. In the meantime, even Deutsche Bundesbank has confirmed this view. Second, the central bank sets the interest rate and not the money supply, which means that the assumption that the central bank controls the money supply has to be discarded. Accordingly, the interbank market should no longer be understood as a capital market either. Thirdly, it is stated that a "sovereign" state cannot go bankrupt, unlike private households and companies.1 Thus, the state can in fact "create" money through its own central bank and "destroys" it when receiving taxes. Furthermore, public debts correspond with a part of private wealth, which justifies counter­cyclical intervention by the state. Public debt is thus fully reflected in private assets. Public debt is nothing else but the amount of outstanding tax credits (also called money) in the form of cash and bonds (which carry an interest rate) in the hands of the private sector. In this context, the MMT advocates an anti-cyclical economic policy, in which it should be the task of the state to stabilise the economy and safeguard employment in times of economic crises by increasing government spending.

The MMT claims to describe the modern money and credit system from a balance sheet perspective in an empirically verifiable way. Double-entry bookkeeping is used as a method of abstraction, whereby statements about the monetary system and its functioning are only made if they can be represented in bookkeeping records of different balance sheets. Thus, verifiable statements can be made about, among other things, credit creation or instruments of the central bank or fiscal policy. As a scientific theory, the MMT is therefore primarily descriptive, although economic policy design and reform measures can be derived.

The MMT contradicts the prevailing economic opinion that banks act as "intermediaries". According to this widespread view, it is the task of commercial banks to pass on savings deposits as loans to willing borrowers. A compensatory interest rate mechanism ensures that the supply of credit corresponds to the demand for credit. This implies that a bank can only lend to the extent that its savings deposits or central bank balances are available.

MMT, like Post-Keynesian theory, supports the thesis of endogenous credit creation as a characteristic of modern monetary systems and falsifies the hypothesis of the neoclassical "piggy bank" described above. According to this hypothesis, banks do not pass on existing savings, but grant loans solely on the basis of collateral and the creditworthiness of the debtor - quasi "out of nowhere", but based on legal contracts. If these criteria for granting a loan are met, the bank credits the borrower's account with the corresponding amount. The amount of the central bank or savings deposits held by the bank in question is irrelevant.

The bank therefore evidently does not lend any money that is already available and does not have to borrow money from the central bank beforehand. The bank itself can "create" new money, as long as no other debt is simultaneously repaid by the loan. Lending is therefore primarily a balance sheet extension; i.e. the loan is, on the one hand, a claim of the bank and on the other hand a liability for the borrower. The amount that is credited to the borrower's account is, in turn, a receivable from the customer or a liability to the bank, as the following balance sheets show:

Endogenous money creation can thus be regarded as the cornerstone of the credit cycle since in a first step production and in a second step consumption must be pre-financed. Since, due to the interest burden, loans are only taken out to pay for expenditures, such as investments, the increased demand for credit or the increased granting of credit leads in turn to increased expenditures. Expenditure creates additional income. In the case of net borrowing, the bank credit created then leads to higher liabilities and receivables in the entire system. As a result, the commercial banks have to increase their minimum reserves with the central bank, which in turn increases the amount of central bank money to accommodate. Ex post, modern and orthodox credit theory is thus in agreement. However, this happens only in the last step, which has led to misinterpretation of the modern credit industry.

In this context, a further point of criticism of current textbook economics lies in a misguided view of the interbank market. The interbank market is not a capital market whose task is to pass on deposits. The interbank market serves to enable the settlement of payments between banks. Banks are forced to do this because of the transactions of their customers. For example, if a bank has liabilities to another bank, the latter would first have to borrow reserves from the central bank against collateral and could then transfer these reserves to the creditor bank.

However, banks have tended to delay these so-called reserve transfers. In this context, the banks had increasingly granted each other interbank the possibility to use loans to avoid settlement, whereby the transfers of outstanding central bank reserves were simply shifted into the future. Since the participating banks also have the possibility of purchasing reserves directly from the central bank, usually at very favourable rates, the interest rate for these interbank loans must always be based on the current key interest rate.

The level of central bank reserves will initially remain unaffected by these interbank loans. Thus, MMT also presents a more differentiated picture in its analysis of the interbank market in the TARGET2 debate (Ehnts 2016, p.117 ff.). Spanish real estates, for example, were not financed by German savings, as wrongly assumed, but as a result of loans granted by Spanish banks. The Spanish current account deficit merely reflects higher imports on the Spanish side due to relatively high incomes.

4. The role of the central bank

Contrary to widespread opinion, the central bank does not, therefore, determine the money supply. It can only try to stimulate or dampen commercial banks' lending via the interest rates of refinancing transactions. However, how much credit is granted to the private sector depends solely on how much credit is demanded. On the demand side, there are households and companies that want to buy a property or make investments, for example. Nothing can force the private sector to borrow. On the other hand, the central bank is legally obliged to grant loans to the commercial banks for the appropriate amount with sufficient collateral. The central bank can therefore neither determine nor control the money supply. It can only try to influence the amount of investment by setting interest rates.

This influence works rather poorly in the context of the current "investment fatigue" of the euro area. And here too, the MMT provides a comprehensive analysis of the interrelationships and makes the corresponding recommendations, this time on the fiscal policy side: despite historically low-interest rates, it is clear that private investment is no longer responding to the central bank's key interest rate policy. MMT sees the cause is a structural weakness in demand, which can only be remedied by increasing government spending (or reducing working hours). In this way, the government can counteract the demand gap in the private sector. MMT stresses that expenditure, on the one hand, leads to revenue on the other and is an accounting approach to macroeconomics.

We collect and categorize articles, videos and e-learning materials and make them publicly available. For this, we rely on your support.

In macroeconomic terms, an economy consists of three sectors: the private sector, the public sector and the external sector ("rest of the world"). The basic sectoral equation derived from this results in the fact that, for example, the private sector can only build up surpluses (savings) if another sector is indebted to the same extent. From the perspective of the world economy, the "rest of the world" cannot assume this position, since the current account of the world economy as such must be in balance. Only the state remains, whose task it is, therefore, to stimulate the economy through an anti-cyclical fiscal policy. With the help of active employment policy and the state as the "employer of last resort", income is created, which generates private consumption and further promotes production.

6. The problems of the euro area and economic policy design

In this context, the MMT draws attention to the current failures in the economic policy design of the Eurozone, where member countries are de facto indebted in foreign currency. The ECB has only recently started to indirectly guarantee the liquidity of the countries. National governments are therefore more or less forced to compete with private investors in the financial markets. Another problem in this context is that the single currency has eliminated the exchange rate as an instrument for restoring competitiveness and demand management. On the other hand, a possible devaluation of one's own currency would mean that exports would become relatively cheap on the one hand and imports relatively expensive on the other. Exports of domestic goods and services would increase, whereas imports of foreign goods would be curbed. Domestic production would be boosted and economic growth generated.

According to the MMT, austerity policy and the associated reduction in government spending are not effective means of combating a recession. The eurozone only returned to moderate growth rates after the end of the austerity policy, so that an economic recovery is more likely to result from the end of the policy of cuts rather than from successful implementation. MMT advocates have diverging opinions as regards the future of the Eurozone. Some, like Bibow (2013) and Ehnts (2016), propose to create a Euro Treasury. Cruz-Hidalgo et al. (2019) argue that Euro Treasury and Job Guarantee should be introduced in the Eurozone at the same time, Ehnts and Paetz (2019) urge the Eurozone countries to reconsider the role of public debt and change the design of the Eurozone accordingly. Mitchell (2017) is rather critical of the Euro and the European Union and judges the project a failure.

The most prominent policy proposal based on MMT is the Green New Deal proposed by US representative Alexandria Ocasio-Cortez. It is a huge infrastructure project to create a socio-ecological transformation of the US economy. The Green New Deal for Europe is also inspired by MMT. In the context of the US, Kelton (2020) has argued in her new book that the US government should spend with a view to results, not with a view to deficits or debt. She is an economic advisor to Bernie Sanders. Tcherneva (2020) of Bard College (NY) argues that a Job Guarantee should be introduced in order to pull people out of unemployment and in order to increase macroeconomic stability.

Mitchell, William and Thomas Fazi. 2017. Reclaiming the State: A Progressive Vision of Sovereignty for a Post-Neoliberal World, Pluto Press.

Tcherneva, Pavlina. 2020. The Case for A Job Guarantee, Polity Books.

[1] This is the case as long as the state does not fix the exchange rate, promise to deliver gold or other commodities and is not indebted in foreign currency to a significant extent.