The Social Economy – Alternative Ways of Thinking about Capitalism and Welfare 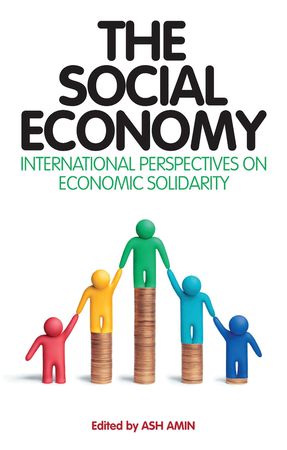 As the current economic crisis spreads around the globe questions are being asked about what kind of capitalist or post-capitalist economy will follow. There is increasing talk of the need for stringent economic regulation, the need to temper greed and individualism, to make the economy work for human and social development. The search is on for a kinder, greener, less unequal and more redistributive economy.

This transitional moment, with its pointed questions about the economy to come, provides an opportunity to assess the role and potential of the 'social economy', that is, economic activity in between market and state oriented towards meeting social needs. Until a decade ago, the term was used mainly by the fringe to describe the 'alternative economy'. Typically, organisations providing affordable child-care to low-wage families in a poor neighbourhood, or those making goods from recycled materials for low-income households, were considered to be residual or marginal to a mainstream dominated by markets and states.

In the last decade, expectation in both the developed and developing world has changed in quite radical ways. Mainstream opinion is starting to see the social economy as a source of building social capabilities as well as developing new markets in welfare provision. Policymakers around the world have begun to support the social economy, and increasingly on business grounds, jostling with traditional interest on the fringe in the sector as a moral and social alternative to the capitalist economy.

It is precisely this emerging but disputed centrality of the social economy that makes this book so timely. The book positions the social economy conceptually and normatively with the help of case evidence from a number of developed and developing countries. Uniquely, it brings together in English the work of leading scholars of the social economy who are also actively engaged in national and international policy formulation. Although it argues a case for seeing the social economy as distinctive from the state and market in terms of aims, values, and actors, it also notes many overlaps and complementarities once the economy is conceptualised as a plural entity responding to needs in diverse organisational combinations. The book also shows that expectations - social and economic - cannot be divorced from local institutional and historical circumstances and legacies. Accordingly, while certain generic policy principles can be shared internationally, interventions on the ground cannot ignore the demands of situated practice and legacy.
Tags: Cooperative Economics | Economía Social | mainstream critique | market-state relation | social economy | social welfare | socio-economics 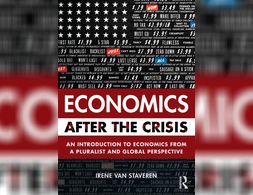