Born in Blackness – Africa, Africans, and the Making of the Modern World, 1471 to the Second World War

Traditional accounts of the making of the modern world afford a place of primacy to European history. Some credit the fifteenth-century Age of Discovery and the maritime connection it established between West and East; others the accidental unearthing of the "New World." Still others point to the development of the scientific method, or the spread of Judeo-Christian beliefs; and so on, ad infinitum. The history of Africa, by contrast, has long been relegated to the remote outskirts of our global story. What if, instead, we put Africa and Africans at the very center of our thinking about the origins of modernity? In a sweeping narrative spanning more than six centuries, Howard W. French does just that, for Born in Blackness vitally reframes the story of medieval and emerging Africa, demonstrating how the economic ascendancy of Europe, the anchoring of democracy in the West, and the fulfillment of so-called Enlightenment ideals all grew out of Europe's dehumanizing engagement with the "dark" continent. In fact, French reveals, the first impetus for the Age of Discovery was not--as we are so often told, even today--Europe's yearning for ties with Asia, but rather its centuries-old desire to forge a trade in gold with legendarily rich Black societies sequestered away in the heart of West Africa. Creating a historical narrative that begins with the commencement of commercial relations between Portugal and Africa in the fifteenth century and ends with the onset of World War II, Born in Blackness interweaves precise historical detail with poignant, personal reportage. In so doing, it dramatically retrieves the lives of major African historical figures, from the unimaginably rich medieval emperors who traded with the Near East and beyond, to the Kongo sovereigns who heroically battled seventeenth-century European powers, to the ex-slaves who liberated Haitians from bondage and profoundly altered the course of American history. While French cogently demonstrates the centrality of Africa to the rise of the modern world, Born in Blackness becomes, at the same time, a far more significant narrative, one that reveals a long-concealed history of trivialization and, more often, elision in depictions of African history throughout the last five hundred years. As French shows, the achievements of sovereign African nations and their now-far-flung peoples have time and again been etiolated and deliberately erased from modern history. As the West ascended, their stories--siloed and piecemeal--were swept into secluded corners, thus setting the stage for the hagiographic "rise of the West" theories that have endured to this day. "Capacious and compelling" (Laurent Dubois), Born in Blackness is epic history on the grand scale. In the lofty tradition of bold, revisionist narratives, it reframes the story of gold and tobacco, sugar and cotton--and of the greatest "commodity" of them all, the twelve million people who were brought in chains from Africa to the "New World," whose reclaimed lives shed a harsh light on our present world.

In this ambitious and impressive new book, journalist Howard French seeks to excavate the long elided central importance of the African continent as the “linchpin of the machine of modernity.” In the story of modernity, he writes, the role of Africa is diminished, trivialized, and erased, and by filling in some gaps in this story, he retells the story of modernity. He argues that the role of European nations in bringing about enlightenment and modernity is misplaced and this did not happen because of innate European superiority. Instead, he shows, the political economy of the European plunder of African and Caribbean nations set the stage for propelling the continent of Europe past great civilizational centers at the time. was not bea, and that much of its success in doing so is deeply connected with the extraction of gold and slaves from Western Africa. French also argues that this long economic and political assault on Africa has also been one of a war on Black people that has continued at least until the 1960s in the United States. This book does not pretend to have rewritten history, but seeks to start the process of correcting the most egregious form of erasure of the importance of Africa in this story, which he argues is in the minds of people in the rich world. 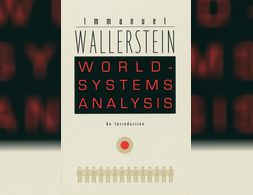