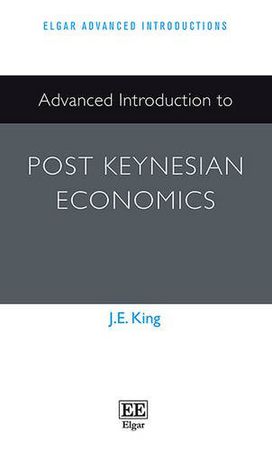 Elgar Advanced Introductions are stimulating and thoughtful introductions to major fields in the social sciences and law, expertly written by the worlds leading scholars. Designed to be accessible yet rigorous, they offer concise and lucid surveys of the substantive and policy issues associated with discrete subject areas.This brief but comprehensive account of the Post Keynesian approach to economic theory and policy is ideal for advanced undergraduate and postgraduate students in economics, public policy and other social sciences. Clear, non-technical and with a strong policy focus, it will also appeal to all of those who are dissatisfied with mainstream economics and wish to explore the alternatives. John King sets out the distinctive features of Post Keynesian economics and their implications for the assessment of alternative proposals for domestic and international macroeconomic policy. He begins by outlining the core elements of Post Keynesian theory and explains how it differs from other schools, including the so-called 'Old Keynesian' and 'New Keynesian' theories. Subsequent chapters deal with the important methodological issues that distinguish the Post Keynesians from mainstream economists, in addition to their treatment of firms, workers and households, the analysis of economic growth and development, as well as international economics. The Post Keynesian approach to monetary and fiscal policy, incomes and the environment is also summarized, with particular attention being paid to controversies over austerity and the reform of the financial sector and international monetary system. The Global Financial Crisis of 20072008 is used as a case study to illustrate many of the significant theoretical and policy questions raised in previous chapters. The relationship between Post Keynesian and other branches of heterodox economics are explored, and the book concludes with a brief discussion of the future prospects for the Post Keynesian school.
Tags: development | finance | fiscal policy | growth | mainstream critique | methodology | monetary policy | post-Keynesian 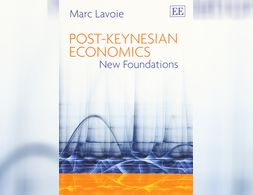