Startseite Entdecken Politics as supermarket? Or how current policy design changes the relationship between the state and its citizens

Politics as supermarket? Or how current policy design changes the relationship between the state and its citizens 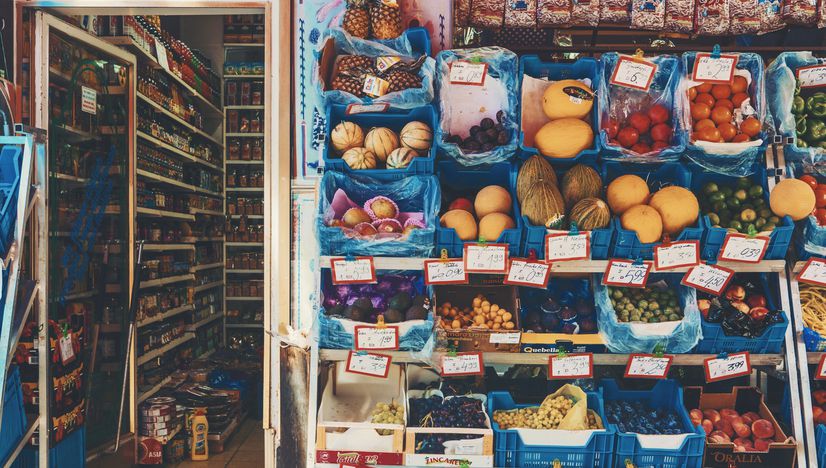 Politics as supermarket? Or how current policy design changes the relationship between the state and its citizens

This is an essay of the writing workshop "Varieties of Mainstream Economics?" published on 14 October 2019.

What needs to be done to combat climate change seems to be obvious by now, doesn’t it? (Watts 2018) Isn’t it clear that we need our elected representatives to act in our interest and save this planet of ours? Our only planet! Unfortunately, we are far away from ground-breaking political change. Instead, we find ourselves in times of politricks, where policy design is aimed at incremental change only. Our ‘warrantors of freedom’ seem to believe that nudging, framing, priming and educating is enough to make us behave better in terms of our carbon footprint.

But, are we Westerners ready to give up on ideals like “Mündigkeit”, deliberation, or equality? Are these old liberal values finally outdated, and we pass on to a more “realistic” image of man? How does that change our political systems and the very notion of “the citizen”?

Sometimes a panoply of questions is necessary to open up the depth of the matter. I propose to analyse a current political action undertaken in the field of mobility and draw on its possible consequences for the relationship between the state and citizen. By considering the case of green plates (electric cars are equipped with green special plates), I will question the politics of “behavioural change”. What lies behind policies that are designed to steer our behaviour? How far can they take us? And what are the potential implications?

1. What is behavioural economics and how does it fit with politics?

Who hasn’t heard of Daniel Kahnemann, Robert J. Shiller or Richard Thaler, all three winners of the Nobel Memorial Prize in Economic Sciences? They are considered to be the figureheads of a relatively new sub-discipline of economics called ‘Behavioural Economics’. This field, that has emerged during the 70s and 80s, is primarily concerned with the bounded rationality of humans in economic situations. Behavioural Economics (BE) is based upon observation of human behaviour, mostly the in form of arranged experiments. Probably its most important goal, is the disprove of (neo-)classical assumptions about rationality and behaviour, and by this, to complement the outdated picture of the “homo oeconomicus”. BE, then, is aiming for better matching economic theory with “real” (aka: observable) life while preserving the key assumption of mainstream economics: that self-interest is the most efficient way of organizing an economy.

As BE gained scientific attention during the crises of the 2000s, its techniques and observations sparked interest among politicians as well. If this new science could be used to design better policies, why not do it? As the UK Prime Minister’s Strategy Unit, which was renamed “Behavioural Insights Team” in 2010, put it: “Behaviourally-based interventions can be significantly more cost-effective than traditional service delivery (Halpern 2004, 3).” In the US, former President Barack Obama appointed Cass R. Sunstein, a behavioural scientist, administrator of the Office of Information and Regulatory Affairs – and many other countries followed his lead. With this, a new political philosophy started spreading out, which is keen to tell politicians that people already have enough choices. What needs to be done, from a BE point of view, is to make them take the right choices.

2. Where and how does politics make use of BE inspired policy designs? The example of green number plates for clean vehicles.

There are many examples of public policy design elements inspired by BE. A striking one in climate politics is the introduction of green number plates for vehicles, which has been done in Norway, Canada[1] and China. The idea is to increase ownership of “clean” vehicles and to cut carbon emissions by making electric and hydrogen cars more visible on roads. The green number plate is used as an optical signal in the public space (as of now electric cars don’t differ remarkably from normal ones).[2] UK’s Behavioural Insights Team proposed to follow the aforementioned countries, claiming that green plates would increase awareness for clean driving and augment social pressure.[3] By increasing the visibility of zero-emission cars on the roads, green plates would readjust the perception of the norm: When people see their fellow road users are buying and driving clean cars, they might, in turn, be more open to buying one themselves. The assumption here is, that there is a tendency in the human being to conform to what other people around them are doing. Paired with incentives like priority parking in cities or green lanes on major roads, they argue, such a policy could have the potential to reduce emissions substantially.[4]

Such a combination of policies would aim to increase social pressure on people having a normal (“brown”) plate and takes also into account “conspicuous consumption”, in which individuals seek status through displays of austerity amid growing concern about environmental protection (Sexton and Sexton 2014). As a result of the limited effectiveness of classical tools, policymakers are now complimenting them with behavioural approach tools to build more effective relationships between citizens and government in order to influence public behaviour.

If governments use long-established business techniques, that seem through BE freshly confirmed, then, so Nicholas Rose has argued, we enter an era of advanced liberalism, wherein the state not only supports market freedoms but is itself subject to business principles and practices (Rose 1999, 489). Advanced Liberalism or “[…] libertarian paternalism is best thought of as an unevenly developed (and articulated) policy experiment that derives from a series of economic theories that challenge neoliberal orthodoxies on some terms [...] while supporting them on others (particularly concerning the defence of personal freedom and choice. It is clear that libertarian paternalism is also a response to the perceived failings of neoliberal societies […]” (Jones et al. 2010, 489).

3. A new relationship between the state and its citizens?

We live in times of outrage. Frequently when politicians try to do their job and decide within their mandate, they get slammed. This is why we discuss terms like ‘expertocracy’, ‘rule of money’ or ‘economization’ as especially the latter seems to enclose the political sphere. Our so-called open and diverse societies demand respect of politicians and policies regarding diversity and liberty, but they, unfortunately, don’t acknowledge that politics’ core mission is to make decisions. Making decisions means to articulate norms and values as well as to offer or obstruct choices. That can be difficult in times of postmodernity and post-truth.

Therefore, it seems these days more promising in our “liberal” societies to not forbid but allow, to motivate and encourage but not to condemn. This form of politics tells us we can do whatever is good for us, like paying attention to our diet, because it saves us societal cost if obesity gets marginalized.

Politics always was normative (Lepenies and Malecka 2016). Also, these days it is. But nowadays this normativity is much more hidden – which is also due to the “behavioural-bypass”, see also, claiming that BE-policies mitigate political engagement (Jones et al 2010, 492). Less directed policies are the result. Modern politicians might see themselves more as “good shepherds” (Bröckling 2017). Guiding but not directing or deciding. This style of politics wants to maintain liberty of citizens through its reluctance to forbid or tax and is therefore subversively normative. The state always incentivized or subsidized actions with the aim to produce certain behaviour, respectively to punish undesirable behaviour. Recently politics began to degrade to be just another economic actor that seems to follow the logic of allocating scarce resources through self-interest driven action. That implies that governments need to also maximize utility and to try to allocate their resources most efficiently. BE promises to raise efficiency by the employment of its insights.

Is it legitimate to systematically make use of knowledge (for a critique of that term relevant here, see Lepenies and Malecka 2016) about the limits of citizens rationality, like: unstable preferences, asymmetric disposition of information, limited cognitive capacity, power of will – finding their expression in inconsistent probability calculations such as overestimation, exaggerated optimism, inconsistent perception of time, the tendency to overvalue short-term preferences, the status-quo-bias or the loss-aversion?

Most people would intuitively agree that, as long as BE-techniques serve public good or protection of citizens, they’re legitimate. Protecting our future selves from the imperfect today's self, which is due to bound rationality. People are thus supported, guided to make the right decisions, BE policies try to help people follow their path without losing their right of freedom, that’s how Cass R. Sunstein puts it, see (Sunstein 2014, 14). As BE claims to make the irrationality previsible, it eliminates contingency and actual freedom (Ariely 2009).

But don’t BE-techniques also alter the relationship between the state and its citizens? Aren’t the latter, the ones that are subtly influenced, permanently nudged and framed, infantilized by their state resulting in liberal values being washed out? Through the backdoor, the citizen becomes a consumer of governmental products, out of which she is free to choose. It is bizarre freedom that is sold to us. Freedom of choice among the services offered. It is neither the classic libertarian freedom of the state, as “night-watchman”, determining the very limits of what is just or not, nor is it the classic liberal freedom to as the permitting freedom which enables people to live freely. It is a freedom that tries to consider the limits of our economic reality of today and tomorrow which ties us to this system.

Hence, there is great doubt whether our libertarian fathers really help to protect us from the actions of our irrationalities. Are they really lawyers of our “not-yet-self”? I argue here in canon with others, especially with Ulrich Bröckling, that such policies aim at eliminating the imperfectness of our ratio and therefore represent a political thought that wants to show that we humans are more (imperfect) “Econs” than we think (Mead 2009). This trial to actively work with our “slow thinking” (Kahneman 2011) wants to establish a new, and more sophisticated, equilibrium between governing and Self-governing – whereas the very profound idea consists of rendering also us Humans, not just us Econs, governable. A critique inspired by Michel Foucault analyses libertarian paternalism as clearly founded on a neo-Freudian assumption concerning human frailty to temptation and the necessary construction of a system of psychological government, as it was seen after the horrors of WWII. [5]

Therefore, libertarian paternalism doesn’t mark a cut with a neoliberal invocation (“Anrufung”, see Althusser) of entrepreneurial spirit. It rather complements a marketization of the self (Bröckling 2017, 189). Therefore BE-inspired politics are a depoliticization that replaces democratic deliberation by expertocracy and enlightenment by the change of behaviour (Bröckling 2017, 190).

4. A plea for a new courageous politics

While political economy lost its ‘political’ quite a time ago, the ‘economy’ adds itself permanently to other spheres, spaces, dimensions and disciplines. Even further than adding on to new fields economics fully encompasses or encloses them. As libertarian paternalism rather deepens neoliberal orthodoxy and the “Econs” in us get reaffirmed, our capacity of solidarity and empathy likewise our capability to resist societal tendencies get weakened. It is a dangerous experiment for the state to make use of the BE toolbox and to offer us a political service as presented in a supermarkets shelf.

I plea for a more courageous politics that starts with a strong humanist education trying to help people to become reflected, critical, open-minded, responsible and willing to permanently evolve their humanity. I plea for a politics that not just talks but that emancipates itself from the prevailing dependency of economic actors. If we want to tackle climate change, inequality and other fundamental problems we urgently need “revolutionary Realpolitik” (Luxemburg 1899/1982) like the reduction of working hours, a just tax system and a reorganization of the international division of labour, to name just a few.