Decoupling debunked: Evidence and arguments against green growth as a sole strategy for sustainability 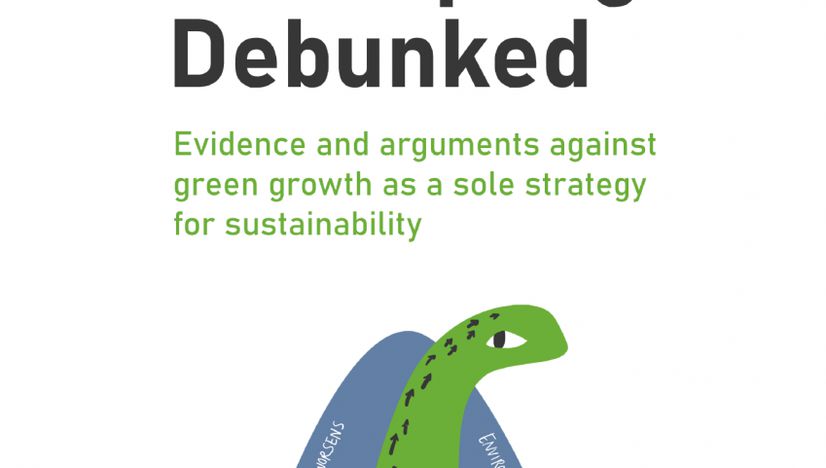 Is it possible to promote both economic growth and environmental sustainability? This report reviews the empirical and theoretical literature to assess the validity of the decoupling-hypothesis. Regarding materials, energy, water, greenhouse gases, land, water pollutants, and biodiversity loss, the authors conclude that there is no empirical evidence supporting the existence of a decoupling of economic growth from environmental pressures on anywhere near the scale needed to deal with environmental breakdown. Decoupling is either only relative, and/or observed only temporarily, and/or only locally. From the theoretical literature, the authors provide seven reasons to be sceptical about the occurrence of sufficient decoupling in the future. In addition to the extensive summary of the recent literature, 'decoupling debunked' provides a great introduction into the decoupling hypothesis. All in all, the report makes clear that addressing environmental breakdown may require a direct downscaling of economic production and consumption in the wealthiest countries.

Resarchers affiliated with institutions in France, Germany, Sweden, Finland, USA, and the Czech Republic composed this review for the European Environmental Bureau. The authors start out by clarifying the question "what is decoupling", before they review the literature around whether decoupling is happening and if yes, on which levels. After giving seven reasons why one should be sceptical about the possibility of absolute decoupling in the future, the authors end with a "farewell to green growth". Instead of only counting on efficiency policies,  the authors propose to focus also on sufficency policies. In sum, the report gives a nuanced overview about the dimensions and issues of decoupling.

Go to: Decoupling debunked: Evidence and arguments against green growth as a sole strategy for sustainability 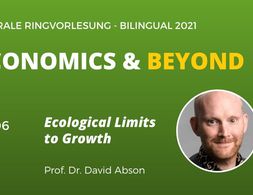 2021
Level: leicht
Ecological Limits to Growth
This lecture briefly discusses historic understandings of the limits to infinite economic growth on a finite planet (from John Stuart Mill to Marx). Taking a ecological economics perspective it discusses the metabolism of the economy, the economy as a subsystem of the environment, biophysical limits to growth, and sustainable economic scales.
Dave Abson
YouTube (MÖVE) 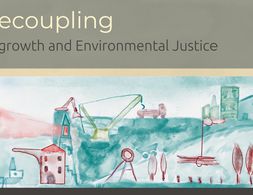 2021
Level: leicht
Degrowth and Environmental Justice: Decoupling
Based on a paper by Jason Hickel and Giorgos Kallis Decoupling refers to the separation of economic value creation material extraction and pollution. Ecological limits pose a challenge to growth-led development and the low historical and predicted rate of decoupling suggests that long-term sustainable growth-led development is impossible.
Jezri Krinsky
blobMetropolis 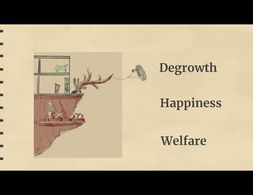 2021
Level: leicht
Degrowth, Happiness and and wellbeing
How should we discuss welfare when understanding the role of growth and the viability of Growth-led development? One option is to look at subjective happiness. This provides an anti-materialistic view which may superficially appear more compatible with significant reductions in consumption in order to remain within safe ecological limits.
Jezri Krinsky
blobMetropolis 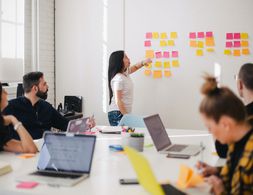 2016
Level: leicht
Beyond Growth - Educational Materials for a Socio-ecological Transformation
Beyond Growth is a collection of educational materials offering a reflection on growth. It was created as a joint project of the associations Fairbindung e. V. and Konzeptwerk Neue Ökonomie, both based in Germany. The page provides learning materials and methods  to stimulate thinking about the conditions of our current economy as well as possible alternatives.
Fairbindung e.V. & Konzeptwerk Neue Ökonomie