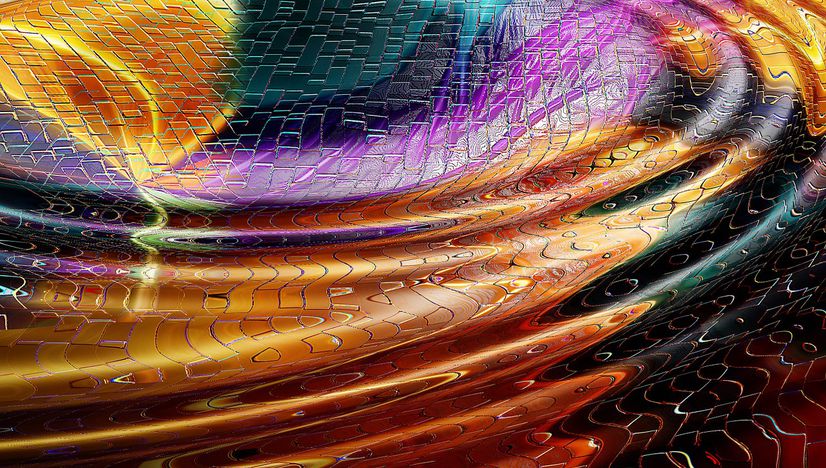 Introduction - The Importance and Complexity of Global Development

As seen with the United Nations significant promotion of the Sustainable Development Goals (SDGs) in the past few years, the issue of global development is of growing concern to many international organizations. As humanity continues to become more interconnected through globalization, the inequalities and injustices experienced by inhabitants of impacted countries become increasingly clear. While this issue can be observed in the papers of different types (e.g., different schools of thought) of economists throughout the world, the work of behavioral and complexity economists offer a unique, collaborative perspective on how to frame decisions for individuals in a way that can positively reverberate throughout society and throughout time.

Behavioral economics is a field that breaks with a tradition which assumes that humans are rational consumers, always choosing the option that maximizes their satisfaction. Instead of this tradition, behavioural economics begins with the premise that humans are not rational and often make less than optimal choices, even when they ultimately aim for maximum utility.[1] Using a mix of psychology and economics as its base, behavioral economics aims to understand the irrationality that deviates so much from the ideal economic models often discussed in mainstream economics.

Behavioral economics essentially revolves around prospect theory and the idea of bounded rationality. What constraints are limiting that person’s knowledge at a given point in time (bounded rationality), how an individual makes a decision depends on the environment that the person is in, and how the decision is framed among other things (prospect theory) are the factors that often lead consumers to choose the less than optimal option.[2] For example, in a situation where a person could choose between receiving $1000 with 100% probability or a 10% chance of getting $4000 and a 90% chance of receiving nothing, the person would usually choose to receive the $1000 than the mathematically more optimal choice of taking the risk. According to Tversky and Kahneman, two researchers who presented the idea of prospect theory, individuals make this choice because they dislike the pain associated with losses much more than the pleasure associated with gains.[3] This aversion to losses among other psychological preferences that can arise in the framing of certain decisions plays a large part in dictating the choices people make even if those decisions aren’t rational or the most optimal.

By understanding how the framing of decision making, as mentioned above, affects how choices are made, one can use this information to create ‘frames’ that encourage people to make choices that are best for themselves or their community. This knowledge is a powerful tool for policymakers who can utilize it to achieve their intended outcomes, such as reducing crime or encouraging healthy eating. An illustration of this concept is the idea of creating a “default choice,” which can lead a person to accept that default choice rather than going through the trouble of choosing the other offered choices. Furthermore, it is seen in research by Richard Thaler, the so-called “Father of Behavioral Economics,” that by making participation in a savings rate program—that automatically increases the savings rate from wages—as a default choice for employees, more employees were able to save more on average than those who weren’t included in the test group even though the test group had the option to opt out.[4] Simple changes made to the decision-making environment encouraged better savings habits for those employees by nudging them to more often remain within the more optimal option. Imagine what else could be done if the discoveries made within behavioural economics were applied.

To understand complexity economics, one must first understand the idea of complexity that has been gathering interest in many different fields. Complexity is the thought process of looking at different interacting components of a system and how these interactions influence the outcomes for the entire system, which will then change how the components adapt or react.[5] More simply, complexity is “about formation—the formation of structures—and how this formation affects the objects causing it.”[6] Applying complexity to economics means that one would look at how consumers influence the outcomes of the economy through their choices and interactions and how these outcomes add to the development of the economy and change how the consumers must then react.

Unlike the neoclassical approach of seeing the economy as having an equilibrium that it will naturally move towards in competitive markets, complexity economics, with its outlook on society, accepts that there is no equilibrium, and instead, there is persistent uncertainty because the agents of the economy are constantly adapting to the current state of the economy, thereby changing how the economy evolves over time. By dropping the anchor of the economic equilibrium concept, complexity economists look at the composition of a given social system and how changes in that society reverberate to each individual or group based on that structure. Changes that are well-handled or well-implemented can push the economy into a self-reinforcing, positive attractor state that perpetuates more prosperity and growth for the society in a given period.[7]

Therefore, in complexity economics, policy is seen as a change in how the economy functions, influencing how consumers must interact and eventually shaping outcomes in the short-term and in the long-term as the economy continues to evolve to this change. Creating a well-designed policy would then require looking into how the change would influence the agents of the system and what types of feedback loops would be created over time. For example, if a nation introduces a policy of protecting the right to private property, the system will react positively, whereby individuals who have entrepreneurial goals will feel more secure in pursuing them as they are assured that the t profits they incur from their intellectual property will not be seized. The economy will benefit from increased activity, more competition, more efficiency, and a culture of innovation. In addition, as the government continues to protect private property under the law, the rule of law will add to the government’s legitimacy and, combined with positive economic outcomes will allow the government the room socially and economically to pursue other social programs to the benefit of the people. These programs could better reduce long-standing economic inequalities, enabling more people to more productively engage in the economy. This potential positive feedback loop for the economy stems from the policy implementation of protecting private property; this is just one example of what might motivate complexity economists when analyzing economic policies.

The situation described above can be the same when applied to the field of global development. Behavioral economists would look more specifically at the individual and after certain opportunities are provided, how to frame the decision-making environment so that the populace takes advantage of those opportunities or chooses to better develop their communities rather than leave those options unused. At a broader level, complexity economics could look at the options that behavioral economics gives to accomplish given goals and evaluate the broader implications of adopting one policy or another or how to magnify positive outcomes. If the complex adaptive system would eventually swing to a negative attractors state because of the framing suggested by behavioral economics, it would advise against it or could suggest changes that might better push the consumer’s economic interactions to a place of self-reinforcing positive feedback.

Broadly speaking, applying the Behavioral and Complexity approaches to the field of global development can still appear vague, but once applied to real cases, the details of these positions become more clear.

India has been a prime focus of development for a long time. Given its large population, second to only China, having 29% of Indian people living under the poverty line—those living on around USD$1.90 a day[8]—signals a population in great need.[9] Despite these daunting numbers and the amount of infrastructure India would need to introduce to improve the everyday lives of its citizens, India has made great progress, but as seen by the current numbers, there are still a number of challenges ahead.

One important challenge for India is the ability to provide basic healthcare to its people. Many of the diseases that have potentially fatal consequences for the Indian people are preventable with access to quality healthcare. Although more effort is being put into providing these services where they were previously unavailable, there are considerable difficulties with convincing families to come to healthcare clinics to get vaccinations or other forms of preventative care.[10] While this situation may seem strange to those who have been raised in the developed world where vaccines are common and those who opt out are few, it is quite natural for a person to not get preventative care, such as vaccinations, in the developing word as it takes more purposeful mental effort to plan for diseases that one might never get. In the developed world, however, this common vaccination routine emerges, not from the wider availability education that is offered, but instead from the decision-making environment these countries create to ensure that its people make the most efficient, long-term choice. Acting retroactively is normal for most people since once the individual has the disease it demands more of their attention. Despite this normal behavior, acting within this default mode, especially as seen in India, is much more costly, for the individual would demand a more expensive cure rather than the cheap, subsidized prevention.[11]

In this situation, behavioral and complexity economics can offer insightful advice. At the simplest level, this problem is influencing a decision towards obtaining vaccinations. Behavioral economics would advocate for changing the frame of the decision so that obtaining vaccinations becomes the default choice. This framing is how vaccines and herd immunity is reached in developed countries like the US where many schools and organizations require certain preventative shots and medical tests for admittance.[12] Given the Indian environment, creating this framework is considerably harder, but not impossible. For example, the government could simultaneously invest more in providing accessible education targeted towards the disadvantaged poor, encouraging people to attend to access better job opportunities in the future but also providing vaccines as a default during one school day. A flyer would be sent home to parents to opt out if they were opposed, increasing the vaccination rate as there would be more effort to say no to the default prevention. In terms of complexity economics, one would have to consider the reverberations this would cause to the Indian society. This setup over time would increase disease resistance among the younger population thereby increasing the percentage of future vaccinated individuals. Because those individuals would then also be used to getting vaccines, it would also be more socially accepted and could be highly integrated or encouraged in other organizations. These positive feedback loops could continue to help drive India’s development. Though realistic concerns of monetary and infrastructural capacity would need to be fully evaluated to truly grasp the applicability of this option, the inclusion of behavioral and complexity economics in the example above shows what can be possible with further information and data.

While the details of what behavioral and complexity economics suggests will depend heavily on the case at hand in terms of the current environment and the constraints on certain choices, both fields can offer a collaborative lens to look both at the individual and the society and how to best influence a country to make the most optimal decisions. The process is by no means easy, but creating environments where the best choice for the individual and the future is the easiest choice would put the world on a fast track to more prosperity.

[3] Samson. “An Introduction to Behavioral Economics.”