Zombie Economics – How Dead Ideas Still Walk Among Us 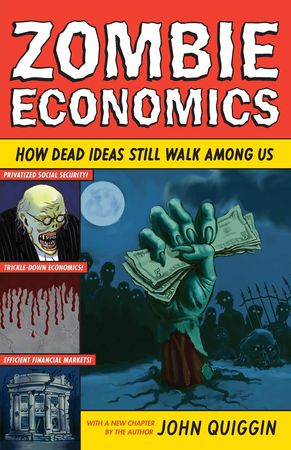 In the graveyard of economic ideology, dead ideas still stalk the land.

The recent financial crisis laid bare many of the assumptions behind market liberalism—the theory that market-based solutions are always best, regardless of the problem. For decades, their advocates dominated mainstream economics, and their influence created a system where an unthinking faith in markets led many to view speculative investments as fundamentally safe. The crisis seemed to have killed off these ideas, but they still live on in the minds of many—members of the public, commentators, politicians, economists, and even those charged with cleaning up the mess. In Zombie Economics, John Quiggin explains how these dead ideas still walk among us—and why we must find a way to kill them once and for all if we are to avoid an even bigger financial crisis in the future.

Zombie Economics takes the reader through the origins, consequences, and implosion of a system of ideas whose time has come and gone. These beliefs—that deregulation had conquered the financial cycle, that markets were always the best judge of value, that policies designed to benefit the rich made everyone better off—brought us to the brink of disaster once before, and their persistent hold on many threatens to do so again. Because these ideas will never die unless there is an alternative, Zombie Economics also looks ahead at what could replace market liberalism, arguing that a simple return to traditional Keynesian economics and the politics of the welfare state will not be enough—either to kill dead ideas, or prevent future crises.

In a new chapter, Quiggin brings the book up to date with a discussion of the re-emergence of pre-Keynesian ideas about austerity and balanced budgets as a response to recession. 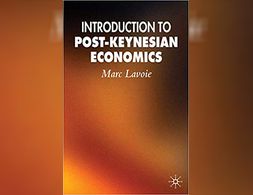 2009
Level: beginner
Introduction to Post-Keynesian Economics
Though apparently siblings from the same family, New Keynesianism and Post-Keynesianism are completely different schools of economic thought. As to why and in what regard exactly, that is what this book is all about. While the former is the official label of the current mainstream in economic research and teaching (rather than neoclassic economics, which would be more apt a term), the latter tries to preserve the original thinking of John Maynard Keynes, but also additional ideas and concepts of all those building on his work.
Marc Lavoie
Palgrave Macmillan UK