The Social Costs of Business Enterprise 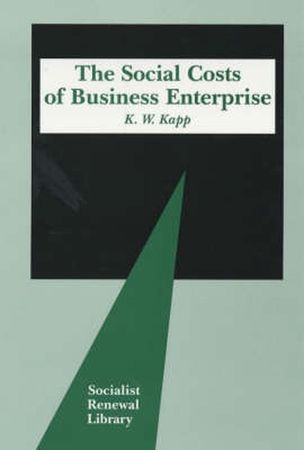 Karl William Kapp (1910-1976) was one of the forefathers of Ecological Economics. Influenced namely by the Frankfurt School, Institutionalist Economics and Pragmatist Philosophy, he contributed to debates on the social costs of production, economic planning, sustainable development and epistemology. In this seminal work, he aims to present a detailed account of social costs, defined as the costs of production that arise under unregulated competition of private businesses which are unaccounted for in corporate accounting and are instead shifted to society that bears these costs as a whole. Unlike externalities, social costs are not presumed to be exceptional, unintentional and minor but rather pervasive, intentional and central to capitalism.

In his exposé of the social costs of capitalism, Kapp explicitly takes aim at the Neoclassical Economics' view of markets as self-regulating entities and its focus on stationary equilibria, resulting in a neglect of tendencies that drive markets away from equilibrium. Advocating for a Political Economy that unifies the social sciences, he focuses on social costs as “direct and indirect losses sustained by third persons or the general public as a result of unrestrained economic activities”. Social costs from production are avoidable but aren't avoided and rather are shifted onto the society as a whole. As social costs are pervasive, official business accounts severely overestimate profits. Capitalism amounts then to a system of unpaid costs, and its political history can be understood as the history of revolts against social costs and for their prevention. Kapp extends the concept of social costs to include not only environmental degradation but also resource depletion, worker health impairment, unemployment caused by technological innovations, excess capacity, planned obsolescence and marketing, and technological underdevelopment. Given how pervasive and significant these social costs are, remedial measures like corrective taxes are doomed to be insufficient. Moreover, social costs are at least partially incommensurable with money. Rather, Kapp advocates for a form of economic planning based on democratically and scientifically defined social minima. 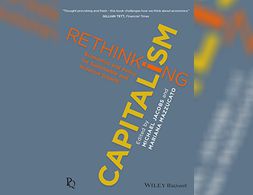 "Thought provoking and fresh - this book challenges how we think about economics.”
Gillian Tett, Financial Times

Western capitalism is in crisis. 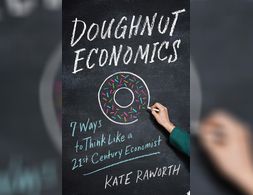 2017
Level: beginner
Doughnut Economics
That’s why it is time, says renegade economist Kate Raworth, to revise our economic thinking for the 21st century. In Doughnut Economics, she sets out seven key ways to fundamentally reframe our understanding of what economics is and does.
Kate Raworth
Chelsea Green Publishing 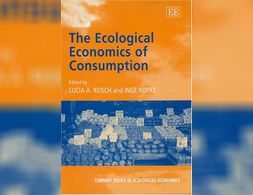 2004
Level: advanced
The Ecological Economics of Consumption
Research on consumption from an environmental perspective has exploded since the late 1990s. This important new volume cuts across disciplines to present the latest research in the field. The book is divided into three parts, the first of which addresses the problems of consumption both as a concept and as an economic and social force with high environmental impact.
Inge Rpke
E. Elgar 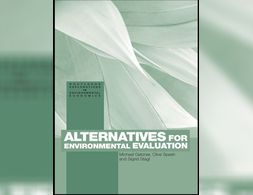 2006
Level: advanced
Alternatives for Environmental Valuation
Environmental cost-benefit analysis was developed by economists in the belief that monetary valuation of the environmental repercussions of economic activity is essential if the "environment " stands any chance of being included in government and business decisions.
Michael Getzner, Clive Spash, Sigrid Stagl
Routledge