A Modern Guide to Rethinking Economics 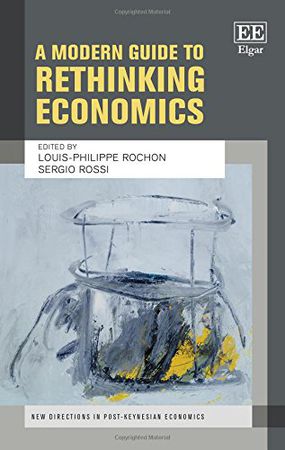 Since the beginning of the twenty-first century, there has been an unprecedented move towards 'rethinking economics' due to the damages generated by the global financial crisis that burst in 2007-2008. Almost a decade after this crisis, policy is still unable to provide all citizens greater wellbeing or at least an encouraging economic future. This book addresses the urgent need to rethink economics by providing readers at all levels with thoughtful chapters on a range of relevant economic topics. Editors Louis-Philippe Rochon and Sergio Rossi provide a first-class compilation of contemporary economic problems as well as a criticism of mainstream economics and economic policy, thereby offering a thorough investigation of these issues and policy solutions along alternative lines of thought. The book includes chapters on rethinking fiscal and monetary policies, international trade, the role of the State, money, banks, economic growth, the environment, development policies, energy, healthcare, and more. Special attention is paid to the importance of institutions and power relationships within the economic system. Written by top experts in their respective fields, this book will be useful to students and faculty who want to not only rethink economics, but also to offer an alternative and coherent economic analysis to the orthodoxy. Economists and policy-makers will also find this book to be of much interest.
Tags: development | environment | fiscal policy | growth | institutions | international trade | mainstream critique | monetary policy | power | rethinking economics