Start Entdecken War in Ukraine, impact in Africa. The effect…

War in Ukraine, impact in Africa. The effect of soaring energy and food prices 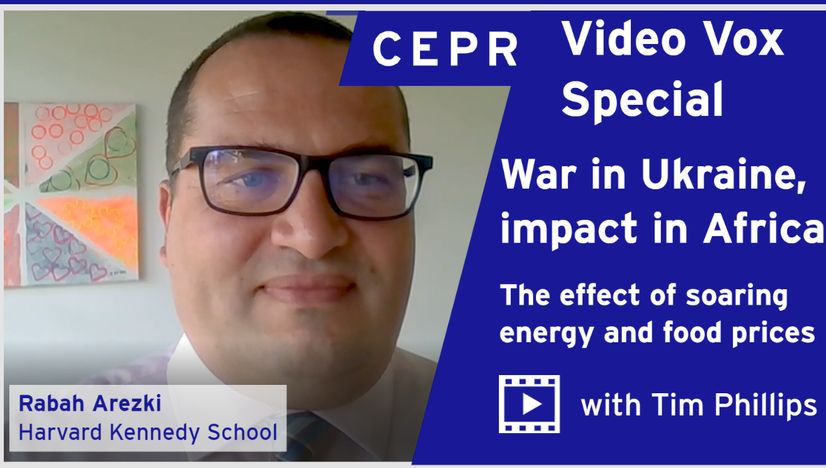 Rabah Arezki
VoxEU - CEPR, 2022
Level: beginner
Wheat and oil prices were already rising before the Russian invasion, so what might be the effect for people in low-income countries of a war far away, that may have a secondary impact much closer to home? In this short video, Rabah Arezki Chief Economist & Vice President, African Development Bank & Senior Fellow, Harvard’s Kennedy School of Government provides an overview of the effects of the Ukraine War on Low-Income-Countries - especially on Africa. He does not only review the effects itself, but also delves into the political strategies deployed in responding to them and calls for international efforts to assist countries in supporting affected societies.

The video is highly recommended. It gives a short overview over secondary effects of the War in Ukraine on Low-Income-Countries and the most vulnerable populations there in an accessible format. It is a stark reminder that war has multiple negative if not catastrophic effects, not only in the countries involved but also beyond them and that it is allways the most vulnerable that suffer the most. The video is also useful in understanding the way in which crises are interrelated. He highlights how previous crises such as the global financial crisis and corona crisis have constrained governmental possibilities to counter-act the current conundrum and how it is well possibile that the economic side-effects of the Ukraine-Crisis leads to a further increase in conflict globally.

Go to: War in Ukraine, impact in Africa. The effect of soaring energy and food prices