Range – Why Generalists Triumph in a Specialized World

Plenty of experts argue that anyone who wants to develop a skill, play an instrument, or lead their field should start early, focus intensely, and rack up as many hours of deliberate practice as possible. If you dabble or delay, you'll never catch up to the people who got a head start. But a closer look at research on the world's top performers, from professional athletes to Nobel laureates, shows that early specialization is the exception, not the rule. David Epstein examined the world's most successful athletes, artists, musicians, inventors, forecasters and scientists. He discovered that in most fields--especially those that are complex and unpredictable--generalists, not specialists, are primed to excel. Generalists often find their path late, and they juggle many interests rather than focusing on one. They're also more creative, more agile, and able to make connections their more specialized peers can't see. Provocative, rigorous, and engrossing, Range makes a compelling case for actively cultivating inefficiency. Failing a test is the best way to learn. Frequent quitters end up with the most fulfilling careers. The most impactful inventors cross domains rather than deepening their knowledge in a single area. As experts silo themselves further while computers master more of the skills once reserved for highly focused humans, people who think broadly and embrace diverse experiences and perspectives will increasingly thrive.

"Specialise!" is the advice often given by career advisers, school teachers and the like. David Epstein takes the opposite position: In an ever more specialised, highly complex world, it pays to have good old-fashioned broad common knowledge in as many areas as you take interest in, both in terms of intellectual curiosity and professional success. To have a decent grasp of various aspects of life means to be able to discern the links between them, thus developing a better understanding of how our world works and what drives events as they unfold.

A great book which highlights the value of pluralism and multi-perspectivity! The author argues that instead of hyperspecialisation it is better to make diverse experiences, trying out various things, learning broadly and combine the knowledge from different areas. The book does not directly talk a lot about economics, but is a good general read on why it is important to always take into account multiple perspectives. Recommendable anyone who wants to know how pluralism trumps in business, science, sports and any other area. 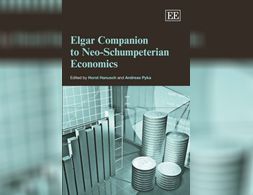 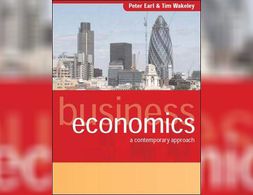 2004
Level: advanced
Business Economics
Designed for both undergraduates and MBA students taking their first course in business economics, this text focuses on introducing students to economics as a framework for understanding business. It is structured around problems that decision-makers face, such as rejuvenating the firm in the face of declining demand.
Peter Earl, Tim Wakeley
McGraw-Hill Education