Economics Social Institutions – Insights from the Conferences on Analysis & Ideology 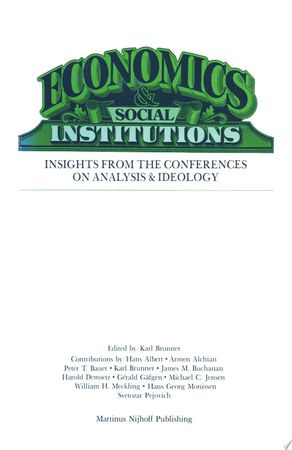 The productive work of widely distributed academic research has contributed substantially, over the postwar period, to important advances in our understanding. It has also offered a clearer recognition of many unresolved problems. Never theless, the progress achieved over the last decades, ex hibited by the systematic application of "theory" to actual issues and observable problems, could not overcome a per vasive sense of dissatisfaction. Some academic endeavors pursued within a traditional range of economic analysis have appeared increasingly remote from broad social issues, motivating the social and intellectual unrest experienced in recent years. Conditioned by the traditional use of economic analysis, many have naturally concluded that the "most relevant" social issues agitating our times are beyond the reach of economics. Purist advocates of a traditional view thus condemn any extension of economic analysis to social issues as an escape into "ideology". Others argue the need for an "interdisciplinary approach" involving sociology, social psychology, or anthropology as necessary strands in a useful understanding of social, institutional, and human problems of contemporary societies. We note here, in par ticular, the subtle attraction inherent in Marxian thought. It appears to offer a unified approach, with a coherent inter pretation, to all matters and aspects of human society, in cluding even nature.
Tags: mainstream critique | marxian | philosophy of science | social institutions 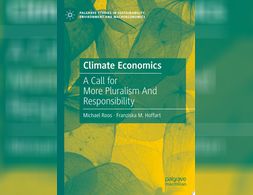