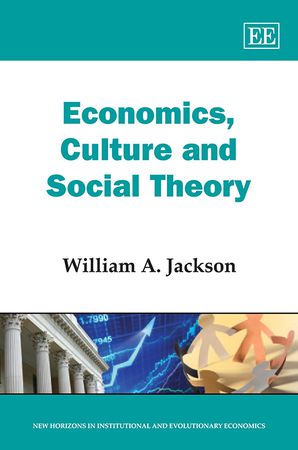 Economics, Culture and Social Theory examines how culture has been neglected in economic theorising and considers how economics could benefit by incorporating ideas from social and cultural theory. Orthodox economics has prompted a long line of cultural criticism that goes back to the origins of economic theory and extends to recent debates surrounding postmodernism. William A. Jackson discusses the cultural critique of economics, identifies the main arguments, and assesses their implications. Among the topics covered are relativism and realism, idealism and materialism, agency and structure, hermeneutics, semiotics, and cultural evolution. Drawing from varied literatures, notably social and cultural theory, the book stresses the importance of culture for economic behaviour and looks at the prospects for a renewed and culturally informed economics. The book will be invaluable to heterodox economists and to anyone interested in the links between culture and the economy. It takes an interdisciplinary approach, arguing against the isolation of economics, and will therefore hold wide appeal for social scientists working in related fields, as well as for economists specialising in cultural economics and economic methodology.
Tags: culture | economic theory | Economics | heterodoxy | mainstream critique 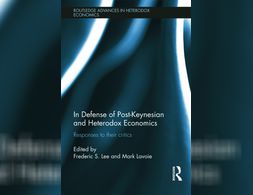