Adam Smith and the Founding of Market Economics 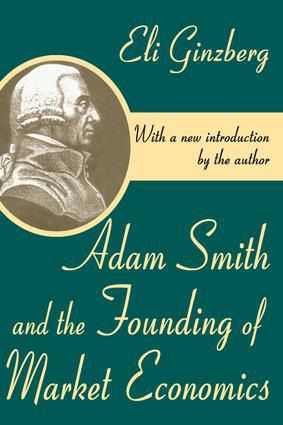 "Business is a necessary evil that the moral leaders of mankind have tolerated but never condoned. At no time did they view with favor the pursuit of material gain. The Old Testament prophets proclaimed against the rapacity of the rich. Jesus scorned the money lenders. Luther had no kind words to say to the wealthy, nor did Calvin indulge the new bourgeoisie." Thus begins this first book-length study of social philosopher and political economist Adam Smith's The Wealth of Nations. Adam Smith (1723-1790) was a Scottish-born thinker who served as both professor of logic and professor of moral philosophy at Glasgow University. While the publication of his philosophic treatise The Theory of Moral Sentiments at age thirty-six gave Smith fame, The Wealth of Nations, published in 1776, has established his lasting reputation. Recognized in its own day as an important and compassionate examination of economics, the book was praised by Thomas Jefferson for its contribution to the field of economics. Smith wrote The Wealth of Nations for several reasons: he was disgusted with the business methods practiced by merchants and manufacturers, and he was concerned with improving the well-being of society. Reflecting his own concerns about the contribution economics could make to the betterment of society, Eli Ginzberg published this study of Smith's humanitarian views on commerce, industrialism, and labor. Written for his doctoral degree at Columbia University, and originally published as The House of Adam Smith, the book is divided into two parts. The first part reconstructs and interprets Smith's classic The Wealth of Nations, while the second part examines Smith as the patron saint and prophet of the successes of nineteenthcentury capitalism. Adam Smith and the Founding of Market Economics is a fascinating study, and contributes signifi cantly to our understanding of capitalism, free trade, the division of management and labor, and the history of world economics in the nineteenth century. Its republication, with a new introduction by the author, will be valued by economists, political historians, students of philosophy, and policymakers.
Tags: Adam Smith | capitalism | economic history | market economy | markets | philosophy 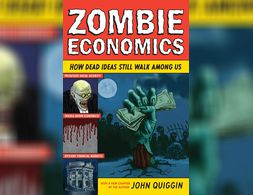 In the graveyard of economic ideology, dead ideas still stalk the land.

The recent financial crisis laid bare many of the assumptions behind market liberalism—the theory that market-based solutions are always best, regardless of the problem. For decades, their advocates dominated mainstream economics, and their influence created a system where an unthinking faith in markets led many to view speculative investments as fundamentally safe. 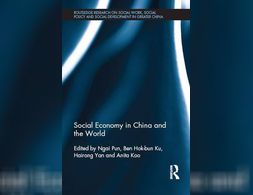