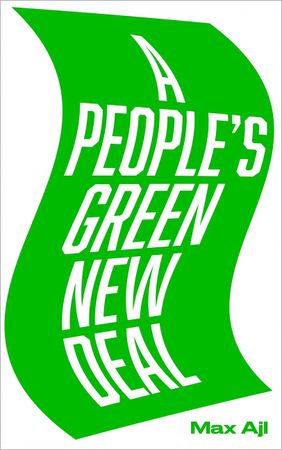 The idea of a Green New Deal was launched into popular consciousness by US Congressperson Alexandria Ocasio-Cortez in 2018. Evocative of the far-reaching ambitions of its namesake, it has become a watchword in the current era of global climate crisis. But its new ubiquity brings ambiguity: what - and for whom - is the Green New Deal? In this concise and urgent book, Max Ajl provides an overview of the various mainstream Green New Deals. Critically engaging with their proponents, ideological underpinnings and limitations, he goes on to sketch out a radical alternative: a 'People's Green New Deal' committed to degrowth, anti-imperialism and agro-ecology. Ajl diagnoses the roots of the current socio-ecological crisis as emerging from a world-system dominated by the logics of capitalism and imperialism. Resolving this crisis, he argues, requires nothing less than an infrastructural and agricultural transformation in the Global North, and the industrial convergence between North and South. As the climate crisis deepens and the literature on the subject grows, A People's Green New Deal contributes a distinctive perspective to the debate.

This is an important book for anyone interested in how to tackle the ecological and environmental crisis we find ourselves in. It explains the logics, ideological underpinnings and limitations of mainstream versions of the “Green New Deal” – which was thrown into popular consciousness by US Congressperson Alexandria Ocasio-Cortez in 2018. Through diagnosing the roots of the contemporary crises as emerging from a world-system dominated by the logics of capitalism and imperialism, Ajl sketches out a radical approach to a People’s Green New Deal, which is committed to degrowth, anti-imperialism and agro-ecology. In doing so, he makes the case for putting agriculture and Third World struggles for self-determination at the center.  Read a recent interview with Ajl in ROAR.

Level: advanced
2017
The Metamorphosis of the World
Ulrich Beck Wiley