'Exceptional and Unimportant'? The Rise, Fall, and Rebirth of Externalities in Economic Analysis

Steven G. Medema is a Research Professor at Duke University. His research focuses on the History of Economic Thought, having published extensively on the issue of social costs of production (conceptualized as externalities in neoclassical economics). In this recorded seminar, he exposes his working paper on the history of the concept of externalities in economic literature, starting from Pigou’s “The Economics of Welfare” (1920), where Pigou makes the case for governmental intervention in the market where there is a divergence between private and social costs or benefits of a productive activity. The paper challenges the dominant view of a linear evolution of externality theory, by exposing how economists post Pigou rarely wrote about externalities and how, when they did, it was mostly in a very different context from Pigou’s welfare economics. It was only when economists started writing about environmental issues that a preoccupation with externalities, as uncompensated costs of production, began to emerge again, but even then there were different conceptions of externalities at stake. A link to the paper can be found on the podcast website.

The lecture, along with the supporting working paper, can be used as an introduction to the history of the concept of externalities in economic theory, from its roots in Pigouvian welfare economics to its widespread use in neoclassical economics, particularly in Environmental Economics.

Go to: 'Exceptional and Unimportant'? The Rise, Fall, and Rebirth of Externalities in Economic Analysis 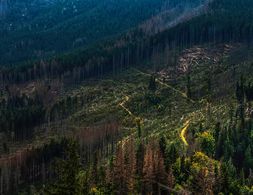 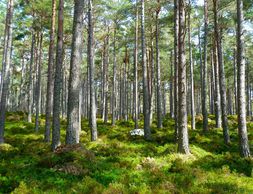 2019
Level: beginner
MINE - Mapping the interplay between Nature and Economy
The MINE website explores the interplay between nature and economy. Focusing on such fundamental concepts as time, thermodynamics, evolution, homo politicus and justice, a new outline of economic activity emerges within nature. The dominant approach of Mainstream Economics, which considers nature as a subsystem of the economy, is thus replaced by a broader and more integrated framework. The visual map and its links between concepts provides an orientation. The visitor can approach the content from their own starting point and follow their own path to discovery. Each concept starts with the historical background and moves on through theory and practice. The research behind MINE began in the 1970s at the University of Heidelberg, Germany, in an interdisciplinary group spearheaded by Professor Malte Faber, including scientists from economics to mathematics, physics and philosophy. The research has contributed to the field of Ecological Economics. MINE is directed at students, scientists and decion-makers. More on http://nature-economy.de/faq/
Prof. Malte Faber et al.
MINE