The Color of Money – Black Banks and the Racial Wealth Gap 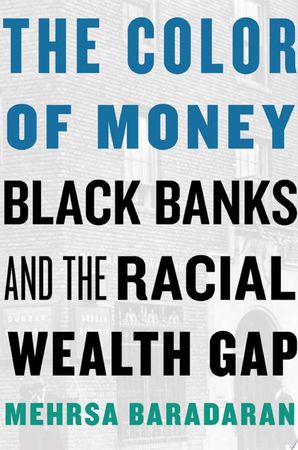 When the Emancipation Proclamation was signed in 1863, the black community owned less than one percent of the United States' total wealth. More than 150 years later, that number has barely budged. The Color of Money pursues the persistence of this racial wealth gap by focusing on the generators of wealth in the black community: black banks. Studying these institutions over time, Mehrsa Baradaran challenges the myth that black communities could ever accumulate wealth in a segregated economy. Instead, housing segregation, racism, and Jim Crow credit policies created an inescapable, but hard to detect, economic trap for black communities and their banks.The catch-22 of black banking is that the very institutions needed to help communities escape the deep poverty caused by discrimination and segregation inevitably became victims of that same poverty. Not only could black banks not "control the black dollar" due to the dynamics of bank depositing and lending but they drained black capital into white banks, leaving the black economy with the scraps.Baradaran challenges the long-standing notion that black banking and community self-help is the solution to the racial wealth gap. These initiatives have functioned as a potent political decoy to avoid more fundamental reforms and racial redress. Examining the fruits of past policies and the operation of banking in a segregated economy, she makes clear that only bolder, more realistic views of banking's relation to black communities will end the cycle of poverty and promote black wealth.

“Why should white people be running the banks of our community?” already the civil rights activist Malcolm X asked. Black Banks are a symbol of self-determination, resistance and hope for Black wealth. However, wealth inequality between black and white people in the US barely has changed in the last 150 years. In her book "The Color of Money. Black Banks and the Racial Wealth Gap" Mehrsa Baradaran, analyzes why also Black banks have not successfully changed this and not enabled Black wealth on a broader scale. Analyzing Black US-American banking history from the end of slavery until today, her key argument is that Black banks face a range of structural difficulties, such as racism, housing segregation and racist laws, that have created an economic trap.

Mehrsa Baradaran combines research on social movements, law and heterodox economics to explain in a clear, easily accessible and convincing manner the struggles Black banks face due to structural racial inequalities. The Color of Money is as much enriching for people without economic background as it is for academics.

Starting in the mid-18ths century, Baradaran shows for how long free Black businessmen in the North of the US and later freedmen in the South tried to create their own banks in order to be independent from white banks who refused to give loans to Blacks or charged very high interest rates. In 1888, Blacks succeed in founding the first official bank owned by Black people: The True Reformer Bank in Virgina. However, while Blacks created their own banks, they still had to live in a racist society under the same racial laws. In the 19th as well as the 20th century, the US government supported by law the creation of a white middle class, while most Blacks were held back. Baradaran explains this dynamic with reference to the Federal Housing Administration (FHA) program between 1934 and 1968, which enabled white Americans to buy, build and own a house. In 1939, the FHA prohibited lending in “neighborhoods that were changing in racial composition” (p. 108), because Black people were a threat to property values. When Black people moved in a certain area, the average value of the houses in this area decreased as whites moved away and, due to racist motives, did not consider this area desirable anymore. Therefore, the standards of the FHA held Blacks back, created purely white suburbs and enforced racial housing segregation for decades.

Baradaran explores a variety of struggles Black banks have faced in the course of history and shows their permanency. Throughout the book, it becomes clear that housing segregation is one of the major reasons for the broad racial wealth gap. Not only has it led to unequal access to education and working possibilities, it is also a serious problem for Black banking. As Blacks are either refused housing loans by white banks or are charge high interest rates, they can only receive them from Black banks. At the same time, small Black businesses are often without need of bank financing. While white banks hold a mix of commercial and real estate assets in their portfolio, Black banks hold mainly real estate. This is risky and not profitable, as a house’s value diminishes as soon as a Black person buys it. Additionally, house buyers are mostly Black, while house sellers are mostly white. Therefore, the Black bank gives a loan and the white bank receives a deposit. Money thereby leaves the Black community and multiplies in the white community. Money multiplication cannot work in half-segregated markets with unequal ownerships. Inequality leads to a third problem Black banks face, as Baradaran points out. Due to poverty, Black deposits are mainly small and frequently withdrawn, which lead to high operational costs and risk of liquidity shortage. The aim of Black banks is to invest money in the community. However, the frequent withdrawal of deposits forces the banks to keep more cash on hand and invest money in liquid assets – such as government bonds. Therefore, they can invest less in the community, which leads to less revenue for the banks and less wealth creation overall. If a bank has liquidity problems in times of crisis, it normally receives short-term loans from other banks. However, history shows that white banks often did not help Black banks in times of crisis. Baradaran stresses the case of the Binga Bank during the Great Depression. Additionally, Black banks have often not been saved from failure in the same manner as white banks. Due to a wave of deregulation between the mid-1970s and 2000s, financial innovation and new technologies, US banking shifted from a sector consisting of many small community banks to one dominated by a few large bank holding companies. One Black community bank who did not survive the changing atmosphere was the Freedom National Bank of Harlem, which failed in 1990. While the Federal Deposit Insurance Corporation in most cases decided to sell the failing white banks to other banks and therefore save all deposits, they did not do so in this case. Many Harlem based Black churches and community groups lost their deposits. The double standard treatment in times of crisis is another major reason for the difficulty Black banks face, as could prominently be seen in the financial crisis of 2008/2009.

With good reasons, Black activist have claimed #BankBlack for the last 150 years. However, as Mehrsa Baradaran convincingly points out: Black banking alone will not be able to solve the poverty trap of Black people in the US. Black banking cannot work in an economy based on segregated housing, racism and racist laws. Therefore, she claims fundamental economic changes, reparations, redistribution and policies preventing segregation. As she has just been elected as a member of Joe Biden’s transition team, it will be interesting to see whether she can influence US policy in such a direction. In any case, her work is a valuable contribution to the debate on the political economy of financing and its consequences for minority groups. Baradan’s analysis can also be a helpful advice for banking in other world regions – migration countries in the North or countries in the Global South – as it reveal the limits of self-organization in the face of structural inequalities.

If you have any questions concering this book review, please feel free to contact the author via our contact form! 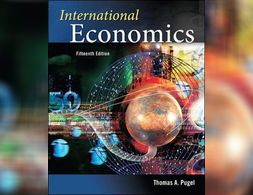 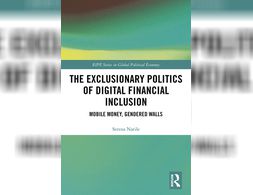 2020
Level: leicht
The Costs of Inequality in Latin America
This book highlights the political economy of wealth and income inequality in Latin America. The author segments his analysis to separately evaluate the economic, social, and political costs of inequality building on country case studies. It draws well-contextualized lessons from the Latin American experience that is important to consider for other regional contexts, especially for social policies of nations within the 'Middle Income Trap'.
Diego Sánchez-Ancochea
Bloomsbury Academic