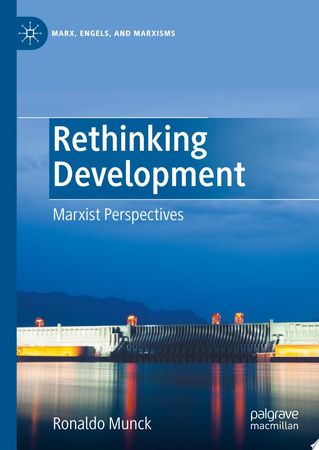 Development and underdevelopment are the main determinants of life-chances worldwide, arguably more so than social class. Marxism, as the underlying theory for social revolution, needs to have a clear understanding of the dynamics of development and social progress. Exploring the intersection of Marxism and development, this book looks at Marx’s original conception of capitalist development and his later engagement with under-developed Russia. The author also reviews Lenin’s early critique of the Russian populists' rejection of capitalism compared with his later analysis of imperialism as a brake on development in the non-European world. The book then considers Rosa Luxemburg, who arguably provides a bridge between these theorists and those that follow with her analysis of imperialism as a necessity for capitalism to incorporate non-capitalist lands. Turning then to the non-European world, the author examines the Latin American dependency theories, the post-development school and the recent indigenous development theories advanced by Andean Marxism. Finally, Munck addresses the relationship between globalization and development. Does this relationship suggest that it has not been capitalism but a lack of capitalism that has led to under-development?

The book critically engages with various Marxian perspectives on the dynamics on development and social progress.  It specifically engages with some key words in Marxian theory, including Marx’s early work on capitalist development and his later works on underdeveloped Russia, Lenin’s thesis on imperialism as a hurdle for development, and Luxemburg’s contribution to analyzing imperialism as being functional to the needs of capitalism. The author then examines the Latin American dependency school of thought, post-development school and the indgenous development models advanced by Andean Marxism that have enriched the Marxian perspectives on development (and underdevelopment). The book ends with a discussion on the Marxian understandings of the pattern of uneven and combined development and the contradictions that riddle the process of economic development in the current phase of globalized capitalism.