Start Entdecken How the Russian Ruble Bounced Back

How the Russian Ruble Bounced Back 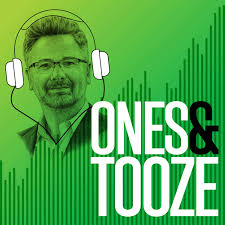 Russia’s currency plunged after Putin’s invasion of Ukraine but has regained its value. Western sanctions on Russia after its invasion of Ukraine quickly led the ruble to lose more than 45 percent of its value. But these days, the Russian currency is back to its prewar value. This week on Ones and Tooze, Cameron and Adam explain the turnaround and discuss what it means for the war.

Also on the show: the economics of canned fish.

About Ones and Tooze: Foreign Policy economics columnist Adam Tooze, a history professor and a popular author, is encyclopedic about basically everything: from the COVID shutdown, to climate change, to pasta sauce. On our new podcast, Tooze and FP deputy editor Cameron Abadi will look at two data points each week that explain the world: one drawn from the week’s headlines and the other from just about anywhere else Tooze takes us.

In this podcast - especially the first half of it not focused on the economics of canned fish - Tooze contextualizes not only the recent reversal in ruble value, but also touches upon the debate on a possible German embargo on natural gas, which has recently been a contested debate. He does not only provide some background on the question how much this would actually effect the Russia's war effort, but also takes a meta-perspective on the ongoing debate between (mostly German) economists and politicians concerning the repercussions that a gas embargo would have on the German economy.

Go to: How the Russian Ruble Bounced Back