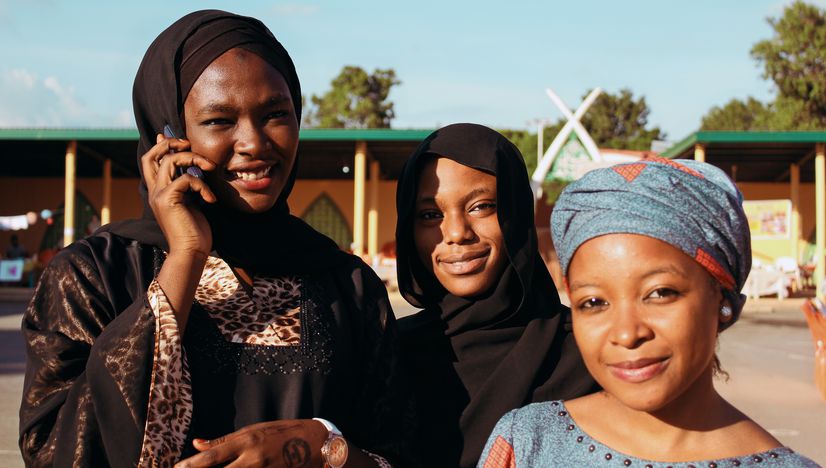 According to UN Women, globally, there are 27 States in which women account for less than 10 per cent of parliamentarians in single or lower houses, as of February 2019, including 3 chambers with no women at all. Only 24.3 per cent of all national parliamentarians were women as of February 2019, a slow increase from 11.3 per cent in 1995. As of June 2019, 11 women are serving as Head of State and 12 are serving as Head of Government. As of January 2019, only 20.7 per cent of government ministers were women; the five most commonly held portfolios by women ministers are: Social Affairs; followed by Family/Children/Youth/Elderly/Disabled; Environment/Natural Resources/Energy; Employment/Labour/Vocational Training; and Trade/Industry.

In 103 countries and areas with relevant data, women's representation in elected local deliberative bodies varied from less than 1 per cent to close to parity, at 50 per cent, with a median of 26 per cent. The ratio of female ministers and parliamentarians is highest in America as up to 22.4% and 26.4%, where Europe and Africa were ranked second and third, while Asian ratio is the lowest, 18.5%.

Around the world, women perform two-thirds of the work for 10 per cent of the income and only 1 percent of the assets. Women also constitute 70 percent of the world’s poor. Women’s earning still lags that of men’s; they earn on average 30 percent of men’s wages in the Middle East-North Africa (MENA) region and between 60 and 70 percent in East Asia. A priority among women’s rights organizations is creating environments where women can interact with one another, share concerns, and address public resistance. There are hopeful signs, as the World Economic Forum revealed that two-thirds of 115 countries posted gains in overall gender gap scores.

According to Embassy of Israel Georgia, Global statistics clearly show that women are under-represented as leaders, elected officials, and voters due to cultural and social norms, which limit their participation in the political process power in the government and different institutions.

As UNICEF (United Nations Children Fund) describes, gender equality “means that women and men, and girls and boys, enjoy the same rights, resources, opportunities and protections. It does not require that girls and boys, or women and men, be the same, or that they are treated exactly alike. It is increasingly recognized that gender equality can benefit the whole society.

For a long time in history, politics was only for men, women did not have rights to get access to politics. After fighting for a long time, nowadays, women’s political position has been improved. In the 2000 UN Millennium Development Report, gender equality is listed as one of its eight goals and the achievement of this goal requires women’s empowerment. Moreover, the United Nation underlines that women and men should have equal opportunity to make decisions in parliament. In reality, more women are appearing in the national and local parliaments and female leadership is not that rare, there are even female presidents and premiers. Despite an overall decrease in gender inequality in virtually every modern nation, gender discrimination and unbalance still exist in many fields, especially in politics. Women are still not involved in politics as deeply as men. In many countries especially Asian countries, the ratio of female parliamentarians is low and most people tend to believe the statement that “men make better political leaders”. Under these circumstances mentioned above, it can be illustrating to figure out whether female political participation has an impact on economic growth.

Objectives of Women Participation in Economics and Politics

The objective of this paper is to analyze the participation and contribution of women in political and economic growth.

Women, as the conventional primary caretakers of children, often have a more prominent role than men in advocating for children, resulting in a "double dividend" in terms of the benefits of women's representation. Female representatives not only advance women's rights but also advance the rights of children. In national legislatures, there is a notable trend of women advancing gender and family-friendly legislation. This advocacy has been seen in countries ranging from France, Sweden and the Netherlands, to South Africa, Rwanda, and Egypt. Furthermore, several studies from both industrialized and developed countries indicate that women in local government tend to advance social issues. In India, for instance, greater women's representation has corresponded with a more equitable distribution of community resources, including more gender-sensitive spending on programs related to health, nutrition, and education.

Gender equality and women's empowerment are both human rights and are necessary for achieving comprehensive, unbiased, and sustainable development.

In Nigeria, it appears that there is nothing in the constitution, which excludes the participation of women in politics. Yet, when it comes to actual practice, there is extensive discrimination. Few and almost insignificant number of women were elected into various posts in the 1999, 2003 and 2007 general elections held in the country. Men dominate most public offices till date. Female gubernatorial candidates have emerged, but none has ever won goes for the Presidency. Legislative representation has witnessed the presence of women, yet they remain under-represented when compared to their male counterparts. The under-representation of women in political participation gained root due to the patriarchal practice inherent in our society, much of which was obvious from the pre-colonial era till date.

Statment of the Problem

Women face numerous obstacles in achieving representation in governance. Creating an enabling environment is a critical step in addressing gender imbalance in the workplace. But what constitutes an enabling environment will differ from society to society. Likewise, what constitutes a barrier to gender diversity will differ also, as will the methods to remove barriers. There is also inadequate knowledge of written and unwritten rules protecting women’s political rights.

Discussing economic participation, the main problems are women’s employment in rural areas, the low level of women’s employment in urban areas, unregistered employment, the huge wage gap, exclusion from social security, male-dominated structures of unions excluding women, pre-school education, and enrolment rates to help promote women’s participation in the workforce through improved childcare services. The female employment rate remained very low at around 31.8% in 2013, although it was up by 1.1% in the preceding year. Despite the low proportion of the female population actively looking for work, the female unemployment rate is higher than the male. In addition, about one third of women who are employed are unpaid family workers in the agricultural sector.

Solution to the Problem

Improvements in women’s employment in the private sector could be achieved by remedying the shortfall between the skills taught at school and those required in the labour market, guaranteeing equal access to quality learning, fostering women’s education and training in science and technology universities and similar centres, introducing on-going learning programmes for women and encouraging private enterprises to launch training programmes for women graduates, encouraging the private sector and foundations to invest in programmes and the improvement of skills to favour women’s enterprises and career opportunities for women and girls, and supporting recruitment, retention and progress of women and girls in the fields of science, technology and innovation by means of transparent criteria.

In other words, mirror representation says that the proportion of women in leadership should match the proportion of women in the population that they govern. Mirror representation is premised on the assumption that elected officials of a gender would likely support policies that seek to benefit constituents of the same gender.

Several efforts have been made to address the low representation of women in Nigeria in elective and appointive positions in Nigeria; among such efforts are the establishment of Women Political empowerment office and Nigeria Women Trust Funds, Women Lobby Group. Other efforts include the institution of an INEC gender policy, the national multi-stakeholder dialogue; the initiation of several interventions to actualize affirmative action and the convening of the Nigeria Women Strategy Conference. The National Center for Women Development in collaboration with the National Bureau of Statistics are making efforts to have evidence-based data about this issue. Presently the available data are not harmonized.

Hopes are high that the result will show the progress steadily made to achieving the affirmative declaration and determine how the gap that erstwhile existed has been closed as well as to measure the variation between where we are and the affirmative action of 35 percent. Also, it will improve evidence-based planning and programming involving women in decision making; increase the support of key stakeholders on measures to increase the representation of women in decision-making and further improved awareness of new advocacy tools among stakeholders to support the campaign for increased representation of women in decision making in Nigeria.

Other amiable factors which of course could increase women’s intentions to politics and the world of economics include; the identification of aspirants and pairing them with established women politicians, playing mentoring a role and providing capacity building training to young or aspiring female politicians, Building a Coalition of NGOs and Grassroots women associations that coordinates the support and advocacy for women aspirants. Also, creating an enabling environment that allows for women to engage in the decision-making process in a sustainable and effective way free from political and violence, establish legal funds to assist women politicians to challenge electoral malpractices of any form at all levels of political processes.

In addition, quota system at all levels of government introduced and engage relevant stakeholders such as Independent National Electoral Commission and political parties. Authorities should act in accordance with the target of ensuring gender equality in maintaining both financial and monetary policies; and medium-term programmes, medium-term financial plans and annual plans should be redesigned to this effect. Implementation results should be evaluated and audited continuously by the independent monitoring mechanisms. Lastly, Special budget items should be included in the budget for active measures to transform sexist structures while pre-school education is strengthened and increase enrolment rates to help promote women’s participation in the workforce through improved childcare services.

Except there is strict adherence to the following recommendations, women participation might remain unchanged. However, platforms involving women movement as a veritable platform to seize political power and consolidate the power on this same platform. it may, there is an increase in women participation on these bases and women movements are promising in achieving gender equality and equity.

Despite the challenges women are facing, women activism and advocacy, education of women, positivity on the part of successive governments towards women empowerment and interest of women to participate in politics is getting a lot of positive energy. This is an indication that the participation of women in politics has a bright future. Therefore, the relevant stakeholders are advised to advocate for the protection of women from abuse, empower them economically and politically and review the necessary legislations to accommodate the growing interest of women in politics both elective and appointive positions.

"We cannot build a world which is livable if it walks only on one foot-continuing to neglect by obscure prejudices, 50 percent of the talent, skill and energy available. Women throughout the world serve as a powerful catalyst for change, and their immense talent, skill and entrepreneurial spirit is an incredible resource that should be tapped, developed and leveraged for overall benefit and advancement of societies.” Aude Zieseniss de Thuin, President and Founder, The Women’s Forum for the Economy and Society

Phillips A (1995). The Politics of Presence. Oxford: Polity Press  The 1999 Constitution of the Federal Republic of Nigeria.

UNESCO (1999). Unit for the Promotion of the Status of Women and Gender Equality, Passport to Equality, Paris, p.6.