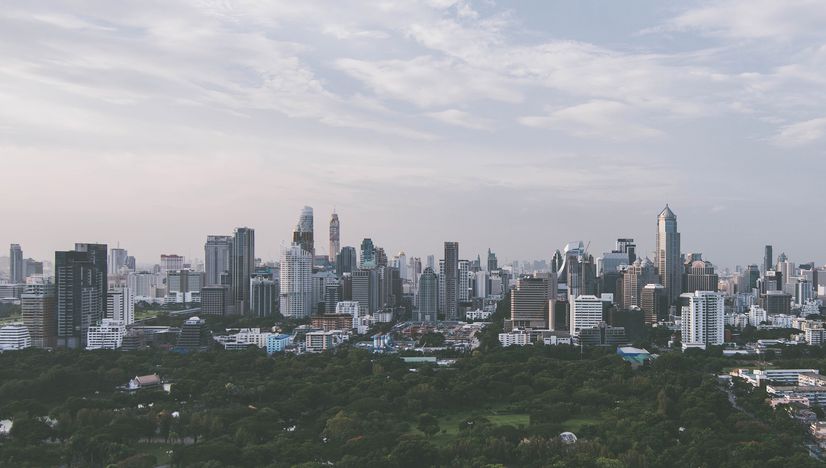 Traditional, Neoclassical economic theory assumes independence of different sectors of life as well as consistency and rigidity in rules. The economy is separate from the environment, the environment is separate from the social sphere, and the social sphere is separate from the economy again. Further, the rules that govern interactions follow set models. This is due to a dependence on the idea of rationality – independent actors make independent, rational decisions, and those decisions remain constant. Neoclassical economics is built upon inflexible, deterministic mathematical models. Consequently, any emergent phenomena in the economy can be seen as the sum of each independent, rational action.

Complexity economics, on the other hand, recognizes the connections and interplay between seemingly independent sections of life, applying complex systems science and thinking to economics. Complex systems thinking looks at our world as adaptive, ever evolving, and interconnected; assuming rules will change over time as interdependent actors interact with one another and create emergent phenomena. Where Neoclassical economics breaks down a system into its component parts and says each interaction adds up to the whole, complex systems thinking and its economic subsection see the whole as more than the sum of its individual parts – as an unpredictable ever changing system. Instead of treating different sections and aspects of our world independently, a complexity economics point of view assumes they are all dependent on each other. It often looks at these relationships in terms of feedback loops and inter-level, intersectional interactions.

In this article, I will look at the complex interaction between an urban economy and the vegetation within that urban area. In summary, numerous studies have found a positive link between increased vegetation and social as well as personal health. I will look at and examine this initial link, the possible positive feedback loops and interactions, and make a case for increasing urban vegetation as a way to benefit local economies.

A major aspect of complex systems thinking is the use of “levels of analysis”. Levels of analysis is the act of breaking down a system into component levels, analyzing each, and more importantly, analyzing the interactions between them. This process reveals the influential relationships and feedback loops which in turn interplay to create the emergent phenomena of a system. Here, I break down 4 levels: biological, personal, interpersonal, and systemic. I then visualize their interactions to highlight feedback loops and potential outcomes. Though there are more levels and systems at play, this will provide a view into the use of "levels of analysis," as well as the key feedback loops and interactions pertaining to urban vegetation.

Furthermore, Complex Systems thinking, and therefore Complex Economics, is a visual way of understanding a system. Consequently, I have included a number of visualizations to represent the interactions in question.

The connection between greenery and improved physical health exists in multiple areas. A 2003 study published in the Journal of Environmental Psychology found that simply exposing subjects to photos green scenes versus barren urban landscapes decreased cortisol (stress) levels (Hartig, 2003; Thompson et al., 2012). Further, numerous studies, each controlling for neighborhood average income, find a connection between overall neighborhood health and levels of greenery, stemming from this decreased stress (Groenewegen et al., 2012), an emotion that can, given long lasting exposure, lead to negative health outcomes and higher risks for disease (Schneiderman, 2005). This finding has been replicated in workspaces (Lottrup et al., 2013), to simple green scenes (Hartig, 2003), to the presence of green parks and streetscapes in an area (Vries, 2013) – making it robust.

There is also more direct physical benefits from greenery. Polluted air can induce respiratory issues and faulty lung function (Brunekreef & Holgate, 2002). Trees, whose leave capture dust and other nano pollutants, act as an air filter for the streets – capturing these harmful pollutants before they are inhaled by pedestrians (Al-Dabbous & Kumar, 2014). Further, through a process of photosynthesis, they capture other pollutants such as CO2, further purifying the air for improved inhalation.

These effects can be seen in the image below:

These beneficial biological impacts lead to personal benefit. Overall increased health enables and individual to work and interact within society. When someone is healthy, they can take fewer days off from work, work more productively, and provide more for their family. All of this then also allows them to build up personal funds to do things such as save money (that they might have otherwise spent on healthcare) or spend back into the local economy. Furthermore, physical health and life satisfaction are inextricably linked (Strine, Balluz, Chapman, & Moriarty, 2008), meaning the presence of trees and other greenery may have a positive impact on life satisfaction – the benefits of I which will address on the next level.

The following visualization outlines the personal level and how it interacts with the biological:

Other studies have found a connection between increased greenery and social interaction. One 1997 study published in the Journal of Environment and Behavior found a significant positive impact of greenery in public housing courtyards on perceived and observed social interaction – both in quantity and quality (Coley, 1997). This meant the families that were randomly assigned to the apartments surrounding courtyards with trees and shrubs interacted with their neighbors significantly more than those families surrounding the barren courtyards filled in with pavement.

Jane Jacobs, one of the most famous and influential urban planning activists of the twentieth century, introduced the idea of “eyes on the street,” whereby crime is prevented when streets are under more surveillance – specifically civilian surveillance. After her initial statements on the phenomena, numerous studies found corroborating evidence of lower instances of crime in more active and surveilled urban residential areas (Brown & Altman, 1983; Macdonald & Gifford, 1989). Consequently, given the higher rates of social interaction in greener areas, there are more “eyes on the street,” resulting in lower rates of crime in treed areas than barren ones (Kuo & Sullivan, 2001). In turn, this reduction in crime may create a safer, more hospitable atmosphere for social interaction, resulting in a feedback loop where increased social interaction may decrease crime while a reduction in crime may increase social interaction.

Lastly, social interaction has been found, in multiple instances, to increase mental and emotional health, bringing us back down to the biological and personal levels; social interactions impact the biological levels by decreasing stress chemicals like cortisol released into the body (Heinrichs, Baumgartner, Kirschbaum & Ehlert, 2003). This increases overall health (Schneiderman, Ironson & Siegel, 2005), thereby reducing mortality (House, Landis & Umberson, 1998); increasing the years of productivity and resulting in a better, less stressed life. All of this brings us to the systemic impacts.

The interactions of the levels thus far can be seen in the following visualization:

In 2004, the Mexican Minister of Health, Julio Frenk, released an article in the OECD observer that outlined the relationship between health and the economy, asserting the two are inextricably linked, and that investment in the health of a nation is an investment in the economy (Frenk, 2004). This link is reasonable: if an individual is healthier, they can; spend the money they would spend on health care into the consumer economy (assuming a capitalist society); they can be more productive; skip fewer workdays; live longer to work more, thereby spending time more productively. If higher health is true on a systemic level – for example, if an entire city were to increase vegetation in each neighborhood – then overall productivity can go up, consequently growing the economy.

Each of the above levels lead to better overall health in some way or another; trees decrease stress and provide better air, both of which are shown to ameliorate physical health. Further, they provide a space for social interactions, which itself relieves stress. These social interactions, which increase health as well, deter crime. Safer surroundings can reduce the stress when being outside, therefore making those social spaces even more useful. Each of these lead to more productivity, which itself is the basis of economic prosperity.

The following visualization outlines how each of these interactions may eventually lead to a system level impact on the economy:

These interactions do not cover every aspect of urban vegetation – they do not cover the potential gentrifying effects of this economic growth, or the psychological impacts of crime, though both of these phenomena are also linked within this system. Complex systems thinking gives us an adaptive and nuanced approach of looking at an economic system and the interactions, feedback loops, and relationships that create it.

The next section will cover why, even given all of these positive findings, cities are still not creating entirely green oases in their downtowns:

A 2015 study in the Journal of Landscaping and Urban Planning lays out the challenges facing urban planners regarding green infrastructure. The researchers performed a literature review as well as qualitative interviews with planners to determine the main impediments to green infrastructure implementation. They determined a number of issues that prevent planners from going through with urban greening projects, including the following: (i) inability to understand green infrastructure programs in a specific city; (ii) issues implementing green infrastructure with current tools and practices; (iii) spatial limitations; (iv) budget and engineering capability; (v) and lack of specifics (i.e. which trees to plant, where to plant them for most impact, how many, etc.) (Matthews, Lo & Byrne, 2015).

Each of these issues is a definitive impediment to action, as many do not have specific answers. For example, despite the plethora of research on vegetation and wellbeing, there isn’t a cut-and-dry outline of what a specific city should do. As much of this research has been conducted in US cities or in countries like Denmark (where health care equitability allows for less biased research on health), how these changes will impact desert cities or cities with tropical climates is less well known. Planners, having specific tools and, as the study referred to them, “paths” for implementation, don’t know exactly what course of action to take when it comes to urban vegetation.

Education for urban planners influences their perceptions of what’s possible. Those perceptions influence the tools they use and therefore sustain the demand for those tools and paths. Conclusions made from these tools and ideas are used to create budgets in a separate section of the government, which is then handed back down to planners. This is then allocated to areas “proven” (more often than not using mathematical models) to be beneficial. Planting trees, at least at this point, is too fuzzy a policy. For concrete action, they need correspondingly concrete evidence of which trees to plant where, when to plant, and how to facilitate maintenance – at least within the current framework. This is where systems thinking can also come in handy. At this point, we can determine which leverage points within this system would be most useful to pressure so as to see a change towards urban vegetation initiatives on a city government level. These leverage points could be altering the education system for planners to include analyses like this, or go over specifics for each individual city for how they can best implement this infrastructure.

Complexity economics in this case, then, goes further than simply finding a theoretical link between greenery and economic well being. It also recognizes the impediments within the system – from planning toolkits and education for urban planners to governmental budgets that prevent this theoretically beneficial action from occurring. This economic perspective necessarily recognizes the interconnectedness of each level. It is all about seeing how the impacts on one level or in one area of a system will influence others. Complexity economics, in a sense, is breaking down a system into its separate parts to show that those parts are, in the end, inherently inseparable. To make a change in a system such as this, it is important to pull apart its complexity and see where the most influence can be felt for the greatest overall impact.