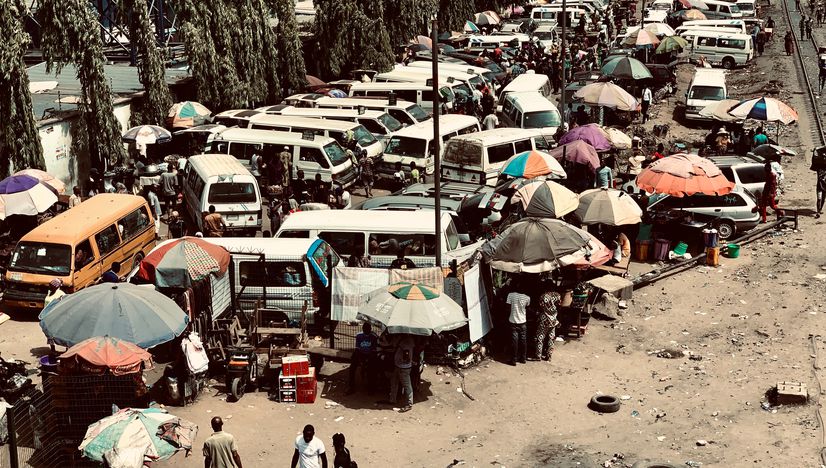 This is an essay of the writing workshop "Rising Issues in Economics — Nigeria's Perspective", published 9 January 2020.

Labour is one of the driving forces of any firm or country, and as such has been thoroughly analysed and investigated by several (non-)economists, both modern and pre-modern. The existence of varying labour theories, models and systems have given rise to a plethora of issues across the board, which have been accentuated by an exponential increase in the population, and in turn, the labour force. Labour and all the dynamics, such as laws, mobility, gender participation, regulation etc., that are associated with it cements the need for this paper which seeks to objectively review, analyse, and if deemed necessary, give plausible recommendations.

With a population of about 196 million (Statista, 2019) and a labour force of about 91 million, with 21 million unemployed (46.4% of the unemployed population did nothing of economic significance ('economic significance' as reported by the NBS refers to not participating in any form of labour or partaking in any form of employment), while the rest worked too few hours (i.e. under 20hours a week) to be considered employed) (NBS 2018). It goes without saying that the Nigerian economy is driven largely by the economic participation of its citizens, either in its robust informal sector, boasting a contribution of 65% to the GDP, or its more regulated formal sector (Businessamlive, 2017). It is imperative to understand the proposed economic models in which the participants of the labour force operate and the working conditions.

2. Labour market model(s) and its applicability in Nigeria

“Macroeconomic models of the labour market serve two purposes. First, they aim to explain both the cyclical and the long-run, or secular, movements of key labour market variables, such as the unemployment rate, hours worked, or job vacancies. Understanding the behaviour of these variables is crucial for assessing the welfare implications of labour market policies and institutions and the eﬀectiveness of macroeconomic stabilization policies. Second, the labour market serves as a key mechanism for the transmission of monetary and ﬁscal policy and provides information about the state of the economy upon which policy makers base their decisions.” Krauss and Lubik, 2014.

The Nigerian labour market, like every other labour market in existence, has its existing peculiarities which, to an extent, differentiate from the standard labour market models and raises questions like why we adopt such models if they do not (totally) work. Kraus and Lubik, (2014) note that the neoclassical labour market model does not take into account the several variables that occur in the present labour market. Such variables may arise as a result of information asymmetry, reasons for the search of employment, and uneven bargaining ability. Kraus and Lubik through their analysis of the prevalent search and matching model identified the (un)empirical relationships between job seekers and employers, and the effects on unemployment levels, consumption possibilities, and normative policies.

It is imperative to note that existing labour market models whether based on perfect labour competition or empirical rigidities do not account for certain real-world situations. The problems with how these models properly apply to the Nigerian labour market are outlined in the following paragraph(s).

Worker motive: Picking the assumption that workers would seek out jobs that offer higher wages, we notice a reasonable level of sensibility, but in the Nigerian labour market it is not uncommon for members of the labour force to engage in lesser paying jobs due to certain frustrations; the immense corruption levels and lack of a meritocracy has forced several Nigerians to seek lesser paying jobs as it is assumed to cost less to seek out such jobs when compared to jobs where the immense uncertainty of employment exists due to the knowledge that employers in such highbrow firms are inclined to hire based on connections to applicants.

There is also the assumption that workers, being rational people would seek employment in jobs with high-risk factors, such as possibilities of physical injury, and a lack of security, etc., but with the expectation of high wage rates and, in some cases, good severance packages. However, this assumption holds little water in Nigeria as workers seek out employment in such high-risk jobs, not because of high wage possibilities, but due to a need of any kind of employment whether or not they gain high wages.

Market clearing: Wikipedia (2002) notes that the neoclassical/Walrasian model believes that the market clears/self regulates. But this doesn’t hold true due to the large difference between jobs available and the (labour) population size.

Worker mobility: Akinyosoye (2019) notes that the Nigerian public service, which is supposed to be a key employer of persons is structurally tribalistic via its “state of origin” requirements, which discourages the supposed worker mobility that modern economic models propose. This lack of worker mobility is accentuated by the uncertainty that accompanies seeking alternative employment.

Bargaining power: It is assumed that workers and employers bargain wage prices or that the demand and supply of labour decide wages (Wikipedia, 2002). But it is not the case in Nigeria; Workers have little or no bargaining power; they seek out any source of employment no matter how meagre the payment due to the reality that the unemployment rates are incredibly high. Employers engage in wanton employee manipulation and no legal suits can be filed due to the nation’s poor judicial system (Yemi and Adesanya, 2013).

Unpaid Labour: Neoclassical/Keynesian labour economists tend to exclude the subjective, less ‘logical’ reasons for labour participation. An example being mothers who chose not to work due to the decisions of their significant other or child welfare. Wikipedia (2019) notes that labour models do not take into account interns who engage in production without pay.

With 19.3% of males in the workforce being unemployed, and 21.6% of women in the workforce unemployed (NBS, 2018). We seek to understand why this difference in labour force participation exists. Nigeria is plagued by high levels of gender-based discrimination, but we seek to understand how this applies to the labour force. (ILO, 2014, p.6) notes that women are discriminated against in the workplace and experience a ‘double discrimination’ when they belong to an ethnic minority. (Fapohunda 2013) outlines several reasons why the gender-based pay gap or gender-based discrimination exists. Some of which are: direct discrimination against women, gender-based stereotypes which (in)directly affects career and educational decisions of men and women, work flexibility; the woman opts for jobs that give her more time to attend to her family. (Olagbegi and Afolabi, 2004) observed that men are more successful at negotiating wage rates than women. (World Development Report, 2012, p. 199-201) notes that women have added less value to the workplace, though minimal, than male counterparts.

The prevalence of gender-based assault/bias in the (in)formal workplace. The existence of such inequality has hampered the participation rates of women in the labour market and their productivity levels. The rationale for the eradication of gender-based discrimination is seen as the economic efficiency rationale which postulates that increased women’s participation would increase economic production and the right-based equity rationale which states that it’s their basic right (ILO,2014, p. 14). Under the purview of gender issues in labour, exists the multivariate problem of the gender pay gap; before any conclusions or policies can be reached on the gender pay gap, it is important to understand its possible causes, most of which are not due to gender, but in cases where gender is the sole reason for unfair treatment and/or payment, policies should be put in place to check such employer excesses. The combined effect of economic development, rising education among women, and declining fertility rates have contributed to the changes in female participation in the labour force (World Development Report, 2012, p. 199-201)

The earlier portion of this paper has buttressed the importance of our labour force to economic growth via its contribution to the GDP, but it would be dishonest to exclude the economic gains gotten from overly exploited workers, child labour, and free labour. In the child labour and forced labour reports by the (Bureau of International Labour Affairs, 2018) notes that Nigeria has high child labour rates; 31% of children aged 5-14 (underage by Nigerian standards) were actively working. It’s commonplace in such situations for these children to be underpaid or not paid at all and treated horribly. The scourge of worker exploitation extends to the ‘normal’ work environment; Workers in Nigeria experience workplace exploitation via a system of; unfair wage cuts, threats, overworking, the extension of work hours, etc. Such a system is bolstered by the inability of workers to effectively form trade unions and partake in trade union-related activities (Abibu and Raphael, 2017). It goes without saying that proper worker welfare promotes higher labour force participation, increased productivity, and discourages certain cases of human capital flight. Certain recommendations and standards have been put in place to ensure that workers enjoy a conducive, hazard-free workplace and a lack of exploitation. These recommendations/standards (read as conventions) have been set by the International Labour Organization. Some of which are:

The ILO standards were created to address issues such as employment, employment promotion, maternity protection, freedom of association, forced labour, social securities, etc. The ILO has recorded reasonable levels of adherence to its standards by concerned countries. Its implementation is necessary across the board to ensure safe and sane work environments. (ILO, 2019)

The Nigerian labour market/force albeit its problems and peculiarities are expected to grow positively, with a reasonable portion being employed, but this can only be achievable if we, as a nation look beyond myopic labour models and seek out encompassing labour structures that suit our nation. The (ILO, 2019) notes that Nigeria has failed to address the issues of poor worker consideration and listen to its labour unions. This has been further accentuated by its complex socio-political structure which delays reports from local/state governments. If we are to encourage labour force participation and increased productivity levels, we have to create more airtight laws that match the ILO conventions.

Akinyemi, Abibu, and Adeolu Raphael. Exploitation and Degradation of Workers Right to Unionise in Public and Private Organisations in Nigeria. 2017. www.researchgate.net. Accessed 30 Nov. 2019.

Report of the committee of experts on the application of conventions and recommendations. 1st ed., PDF, International Labor Organization, 2019.