What is Neoclassical Economics? – Debating the Origins, Meaning and Significance 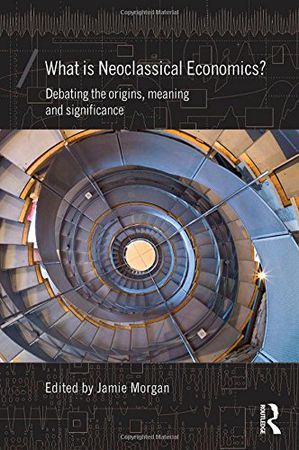 Despite some diversification modern economics still attracts a great deal of criticism. This is largely due to highly unrealistic assumptions underpinning economic theory, explanatory failure, poor policy framing, and a dubious focus on prediction. Many argue that flaws continue to owe much of their shortcomings to neoclassical economics. As a result, what we mean by neoclassical economics remains a significant issue. This collection addresses the issue from a new perspective, taking as its point of departure Tony Lawson’s essay ‘What is this ‘school’ called neoclassical economics?’.  Few terms are as controversial for pluralist and heterodox economists as neoclassical economics. This controversy has many aspects because the term itself has different specifications and connotations. Within this multiplicity what we mean by neoclassical matters to pluralist and heterodox economists for two primary reasons. First, because it informs how we view and critique the mainstream; second, because the relationship between heterodox and mainstream economics influences how heterodox economists model, apply methods and construct theory. The chapters in this collection each have different things to say about these matters, with contributions ranging across the work of key thinkers, such as Thorstein Veblen and Kenneth Arrow, applied issues of non-linear modelling of dynamic systems, and key events in the history of economics. This book will be of use to those interested in methodology, political economy, heterodoxy, and the history of economic thought.
Tags: heterodoxy | history of economic thought | methodology | neoclassical economics | political economy

Niveau: avancé
1997
Not Only an Economist
Mark Blaug Edward Elgar