The documentary features a talk of the US-American writer and economic theorist Jeremy Rifkin summarizing the main points of his 2011 book "The Third Industrial Revolution." His argumentation uses and reviews the historical pattern that has been identified to explain the so-called First and Second Industrial Revolutions. Three elements and innovations have been assigned a crucial, transformative role. Energy (coal in the 1st and oil/electricity in the 2nd), transportation industries (the railway in the 1st and the car in the 2nd) and communication systems (the telegraph in the 1st and the telephone (later radio/television) in the 2nd). Rifkin argues that with renewable energy, the internet and the opportunity of production at 'zero marginal costs', the basis for a new 'Industrial Revolution' is already existing and will initiate a much needed fossil-free economy and future. He uses many examples, figures and concepts in a very accessible manner. Topics include The Sharing Economy, Unemployment, Finance, Infrastructure, Internet of Things (IoT).

Rifkin's theoretical views are quite controversial but also inspiring due to the well drawn connections to the past. He puts perhaps too much emphasis on certain technologies that might not turn out to be the real engine of change in the future, for example hydrogen-powered cars. Yet he manages to show imaginable opportunities without downsising the complexity and relevance of transforming the economic system to solve current and future issues.

2019
Level: débutant
The Governance of Markets in Challenging Times: From Classic Authors to New Approaches
This course provides future change makers in public and private sectors with a comprehensive overview on the structures and actors that shape markets.
Lukas Graf
Hertie School of Governance 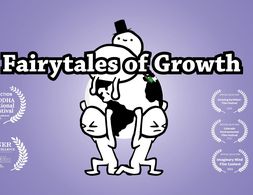 2020
Level: débutant
Fairytales of Growth
This film looks at the role economic growth has had in bringing about this crisis, and explores alternatives to it, offering a vision of hope for the future and a better life for all within planetary boundaries.
Pierre Smith Khanna
Fairy Tales of Growth