Accueil Découvrir The Age of Uncertainty Episode 4 The Colonia…

The Age of Uncertainty Episode 4 The Colonial Idea

First historical instances of colonialism such as the crusades are revisited. Then a lengthy account of the colonial experience of the Spanish Kingdom in South America and of the British Empire in India is given. The Indian case is illustrated with large amounts of archival materials from a colonial administrator. There the workings of the colonial bureaucracy and law and its (positive) achievements as well as the ignorance and arrogance of the external rulers are demonstrated. After narrating the Indian independence to some depth some recent colonial wars (Algeria, Vietnam, Congo, Angola) are briefly examined. In the end, the impact of colonialism on current, i.e. 1970s, (economic) international relations is discussed. The general tenor is that colonialism is a dysfunctional system. Still, agency is mostly placed with the empire rather than with the ruled.

Go to: The Age of Uncertainty Episode 4 The Colonial Idea 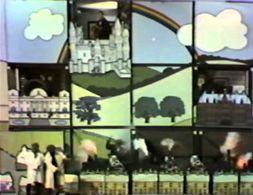 1977
Level: débutant
The Age of Uncertainty Episode 5 Lenin and The Great Ungluing
The documentary recounts the history of the first World War and gives a biography of Lenin. The concept of imperialism is briefly explored and it is concluded that by the end of world war one the old certainties and old ruling alliances between aristocracy and traditional capitalists were broken up.
John Kenneth Galbraith
BBC, CBC, KCET and OECA 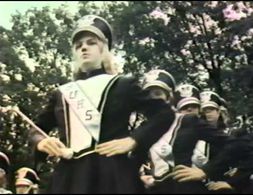 Level: débutant
The Age of Uncertainty Episode 2 - The Manners and Morals of High Capitalism
Galbraith first explores the social darwinism of Herbert Spencer and others that served as apology for the highly unequal distribution of wealth in the US at the end of the 19th century and naturalized differences in wealth by appealing to the concept of natural selection of the fittest. Then some instances of the unscrupulous business practices (i.e. robberies) of the American railroad tycoons and other business magnates are recounted. Lastly, Galbraith lines out some of the arguments of Thorstein Veblen, who delegitimized and ridiculed the business and leisure activities of the rich by putting them in the same category as predatory and ritualized practices of primitive or ancient societies.
John Kenneth Galbraith
BBC, CBC, KCET and OECA