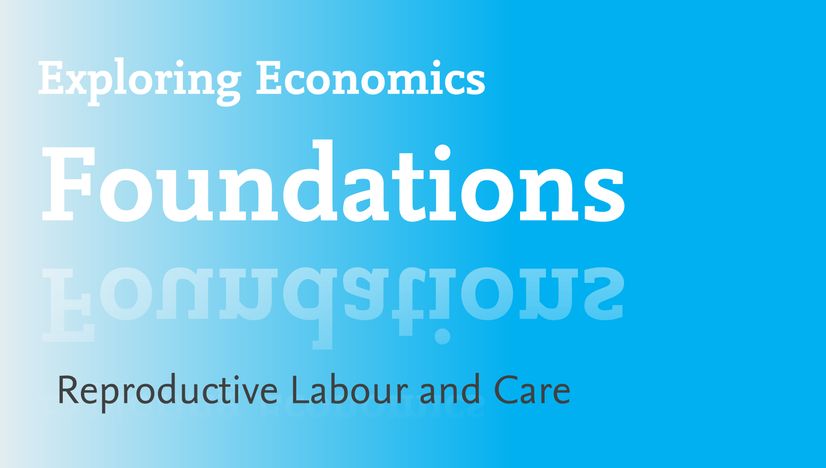 Currently in the focus: reproductive labour

A broad debate on reproductive labour was firstly brought up by the feminists who initiated the campaign wages for housework in the early 1970s (amongst others by Mariarosa Dalla Costa and Selma James). In lieu of a real policy proposal they rather aimed at pointing to the fact that female housework was firstly unpaid and secondly a necessary condition for the capitalist production process. They, furthermore, emphasized that reproductive activities are also labour which is characterized by gender hierarchy and not a goodwill gesture by women.

Since the 1970s, many patterns of the organization of reproductive labour and the division of labour between men and women have changed. Many women entered the labour market, reproductive activities are organized to a larger extend via paid labour and are continuously marketized: child care, care of the elderly, house cleaning or delivery services form part of this development.1 Those changes are not only owed to feminist claims but also to the necessities of the labour market: a larger labour force was needed and the breadwinner model became phased-out. Yet those developments did not change the gender division of labour: women rather work in marketized reproductive activities which are paid less. Women often face a double burden since they work and additionally do the unpaid housework. In addition, the integration of many women into the labour market relies on an economic and racial division between women: caring activities, as cleaning or child caring, are often carried out by women migrant workers from Eastern Europe or the Global South. The shift of this labour is met by the term global care chain.

The double burden worsened throughout the financial and economic crisis: austerity policies hit public sector and caring activities disproportionately, and relied on the provision of unpaid work. Those developments go hand in hand with increasing flexibilization and the still low status of care. Therefore it is referred to a crisis of reproduction within the multiple crisis.

Caring activities are one central element of feminist economists' analysis – also since in particular unremunerated work is a blind spot in mainstream economics and most other economic paradigms. Those focus on the market sphere: activities are considered as productive and as real labour if they are remunerated and market-intermediated. Goods and services are considered as labour if they create a value which can be traded on the market. Feminist Economics remarks that this perspective creates certain dichotomies and consequent devaluations: unproductive – productive; private – public; unpaid – remunerated OR paid less – well paid; female – male; soft work – hard work; caring – rationality. Radical Feminist Economics not only criticizes that those activities are not analysed or undervalued but that capitalist production relies on the reproductive activities of both women and nature. This unites feminist economics with the claims of some Ecological Economists, who remark that the extraction of natural resources and the pollution resulting from production are not sufficiently accounted for in production costs.

Within classical economics, labour was always perceived as productive if goods and services were produced for the market and have an exchange value, thus can be traded via the market. While for instance Adam Smith still accounted for reproductive activities of women enabling the production process, David Ricardo saw economic persons as individuals who do not rely on social structures, they just need a wage to reproduce their labour force (in terms of e.g. food).

Also in the works of Karl Marx, reproductive activities were not accounted for – even if Marx mentioned the necessity of workers to reproduce themselves: workers are exploited by capitalists since they have to work more than is necessary for their reproduction – the additional work is known as generating the surplus value. Hereby, reproduction is considered as the consumption of goods such as food – but does not include caring activities. If the latter were accounted for, costs for reproduction would be much higher.

On of the few neoclassical models that accounts for homework and family life is the New Home Economics by Gary Becker. The division of labour between men and women is considered as an efficient process based on rational decisions: not individuals but households (represented by the altruistic head) decide on who of the family works and who takes care of the homework – rational decisions in this model include higher wages and homework “abilities”. Within this concept, women are assigned caring tasks due to an assumed (natural) female propensity to reproductive activities. This model illustrates one further critique of feminist economics: that power relations and gender hierarchies within the division of work and decisions are neglected by economics and that thereby inequalities are reproduced.

If reproductive activities should be remunerated is also contested within feminist debates. While some argue in favour of remuneration of of reproductive labour inside the market system, also to gain esteem for those activities, other voices don't want to expand the capitalist logic to „undiscovered“ spheres. Demands for a reduction of labour time, which enables more time for caring activities or claims such as Frigga Haug’s Four-in-One-Perspective propose to separate available time to different equally valued spheres – among them time for reproductive activities and wage labour (see further reading).

Ferber, Marianne A. (2003): "A feminist critique of the neoclassical theory of the family." Women, family, and work: writings on the economics of gender: 9-24.

1 This does not only concern caring activities but also the reproduction of life such as giving birth: Melinda Cooper and Catherine Waldby show in their research how sexual reproduction is increasingly marketized by new technologies, e.g. surrogacy (Kitchen Politics 2015). 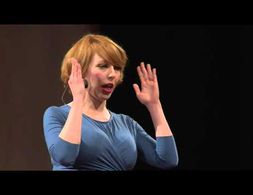 2015
Level: débutant
How Economics Forgot about Women
How do we get our dinner? And who cooked Adam Smith's dinner? Starting with Smith's answer on the origin of a dinner, Katrine Marçal problematizes and illustrates how unpaid labour was and is still being ignored by economic theory and how the homo economics represents characteristics perceived as male.
Katrine Marçal
TEDx Talks 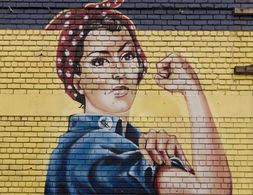 2016
Level: avancé
Feminist Perspectives on Class and Work
This text provides an overview of feminist perspectives on various kinds of work and reproductive labour. The authors start at the intersection of Marxism and Feminism. They, then, give a historical background on the United States feminist movement. They, finally, provide alternative perspectives on work and reproductive labor that are not based on Marxist Feminist theory.
Ann Ferguson, Rosemary Hennessey, Mechthild Nagel
Stanford Encyclopedia of Philosophy

2017
Level: débutant
Representing everyone – Migrant Women's Representation by Labour Organizations in Germany
Representing everyone An Analysis of the Representation of Migrant Women by official Labour Organizations in Germany Author: Tess Herrmann Review: Deborah Sielert This is an essay of the writing workshop Gender and the Economy - Perspektives of Feminist Economics, published on 17 May 2017, updated on 16 August 2017.   …
Tess Herrmann
Exploring Economics

2019
Level: débutant
Feminist Economics
This course introduces students to the relevance of gender relations in economics as a discipline and in economic processes and outcomes. The course covers three main components of gender in economics and the economy: (1) the gendered nature of the construction and reproduction of economic theory and thought; (2) the relevance and role of gender in economic decision-making; and (3) differences in economic outcomes based on gender. We will touch on the relevance of gender and gender relations in at least each of the following topics: economic theory; the history of economic thought; human capital accumulation; labor market discrimination; macroeconomic policy, including gender budgeting; household economics; basic econometrics; economic history; and economic crises.
Alyssa Schneebaum
University of Vienna

Level: avancé
Gender and Microeconomics
This course is intended to present some of the main ideas underlying the micro aspects of gender economics. The courses will tackle issues as fertility, marriage, women labor force participation, wage gap, gender inequality, violence against women and women empowerment within her household and within the society where she lives.
Hanan Nazier and Racha Ramadan
Cairo University - Faculty of Economics and Political Science 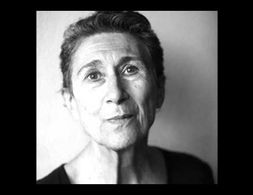 2013
Level: débutant
Caliban and the Witch
Silvia Federici outlines the content of her book „Caliban and the Witch - Women, the Body and Primitive Accumulation“. Departing from a critique of the Marxist blindspot on reproductive labour, Federici aims at researching the historical process by which the exploitation of women and the construction of the unproductive housewife has been established. Federici points to the transition from the feudal to the capitalist mode of production and explains how the gender specific prosecution (witch hunt) was linked to necessity of control over bodies and the sexuality in the great transformation. Federici also presents arguments why this research is highly relevant for the analysis of women's situation in current capitalism.
Silvia Federici
Sound of movement 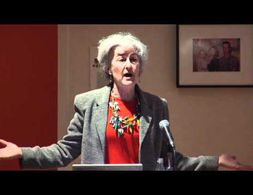 2010
Level: débutant
Women's Work and the Limits of Capitalism
Feminist economist Nancy Folbre presents a historical analysis of the interrelated development of Patriarchy and Capitalism. She describes the role of women in the reproduction of labour, their “specialization” in care and their changing involvement in the labour market. Folbre argues that capitalism weakens patriarchy but at the same time relies on unpaid caring activities.
Nancy Folbre
The New School 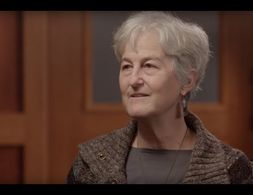 2016
Level: débutant
The Economics of Care
In the inspiring interview on Economics of Care, Nancy Foblre takes a closer look to the consequences of the marketization of caring activities on those activities and on the societal organization of care. Folbre elaborates on how to value care and how this shifts the perspectives on living standards. She points to the fact, that caring activities are undervalued both in the market sphere and within the family and thereby questions the division between those spheres. Lastly, Folbre answers the question how to reteach Economics when accounting for caring activities.
Nancy Folbre
INET