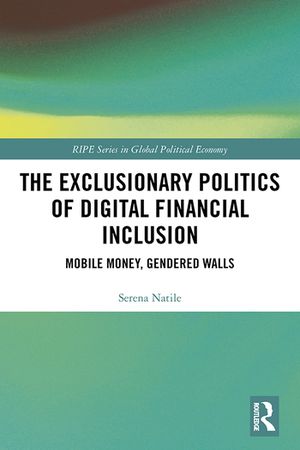 Focusing on Kenya’s path-breaking mobile money project M-Pesa, this book examines and critiques the narratives and institutions of digital financial inclusion as a development strategy for gender equality, arguing for a politics of redistribution to guide future digital financial inclusion projects. One of the most-discussed digital financial inclusion projects, M-Pesa facilitates the transfer of money and access to formal financial services via the mobile phone infrastructure and has grown at a phenomenal rate since its launch in 2007 to reach about 80 per cent of the Kenyan population. Through a socio-legal enquiry drawing on feminist political economy, law and development scholarship and postcolonial feminist debate, this book unravels the narratives and institutional arrangements that frame M-Pesa’s success while interrogating the relationship between digital financial inclusion and gender equality in development discourse. Natile argues that M-Pesa is premised on and regulated according to a logic of opportunity rather than a politics of redistribution, favouring the expansion of the mobile money market in preference to contributing to substantive gender equality via a redistribution of the revenue and funding deriving from its development. This book will be of particular interest to scholars and students in Global Political Economy, Socio-Legal Studies, Gender Studies, Law & Development, Finance and International Relations.

This is important interdisciplinary book ties together the political economy of digital financial inclusion with socio-legal, feminist, financial and political analysis in a very fruitful manner. It critically interrogates how Kenya’s pathbreaking mobile money platform M-Pesa has been built on narratives and institutional arrangements that present M-Pesa as a success, while it is premised on a logic of opportunity rather than distribution. Bringing in a feminist lens to the study of financial inclusion is particularly important and timely as it is becoming increasingly clear that such efforts have gendered implications. Natile also connects the case of M-Pesa to broader development debates about social entrepreneurship and philanthrocapitalism, which makes the book relevant for anyone interested in understanding social policy in development today.