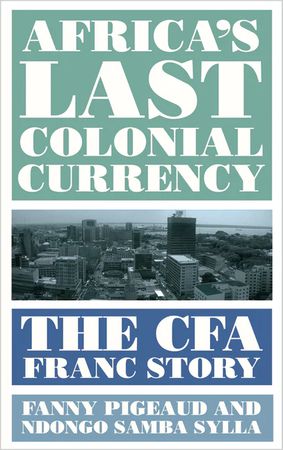 Colonialism persists in many African countries due to the continuation of imperial monetary policy. This is the little-known account of the CFA Franc and economic imperialism. The CFA Franc was created in 1945, binding fourteen African states and split into two monetary zones. Why did French colonial authorities create it and how does it work? Why was independence not extended to monetary sovereignty for former French colonies? Through an exploration of the genesis of the currency and an examination of how the economic system works, the authors seek to answer these questions and more. As protests against the colonial currency grow, the need for myth-busting on the CFA Franc is vital and this exposé of colonial infrastructure proves that decolonization is unfinished business.

This is an important historical and contemporary account of a largely forgotten colonial economy legacy. Pigeaud and Samba Sylla carefully explain how the monetary arrangements established under colonialism persist through the CFA franc currency that is still used in West and Central Africa. The CFA was historically pegged to the French franc, and is now pegged to the Euro. While France guarantees the unlimited convertibility of CFA Franc into Euros, the arrangement requires the African regional central banks to deposit a portion of their foreign exchange reserves in a French Treasury account. As social movements are increasingly protesting this colonial arrangement, this book is a much-needed rigorous account of its history and contemporary impact. Crucially, the book is a stark reminder that decolonisation is unfinished business. Read the authors’ summary of the main arguments of the book in their recent post for Jacobin.

By Diversify and Decolonize Economics 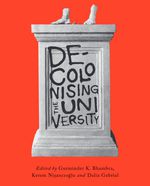