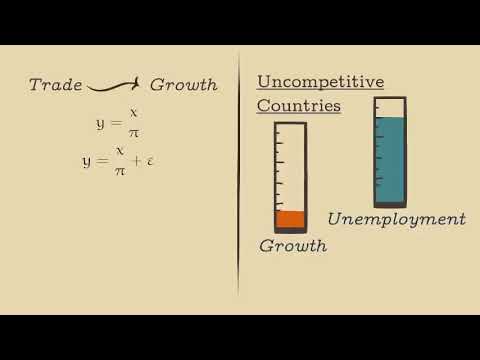 An introductory video explaining the basics of  Thirlwall's Post-Keynesian model of balance of trade-constrained growth for open economies.

A major point of debate in developing economics has always been the relative merits of growth strategies centred on the substitution of imports or the fostering of exports, respectively. A major part of that debate is the aspect of relative balance of payments stability, both to secure the value of the domestic currency as well as reliable foreign currency inflows.