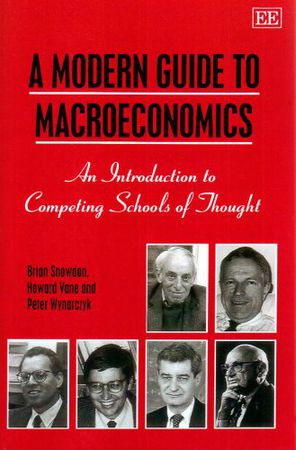 This unique up-to-date volume not only provides state-of-the-art discussions of the most recent developments in modern macroeconomics but also includes a series of interviews with leading economists that shed new light on the major intellectual and policy issues of the 1990s. The book is at once an invaluable text and a superb overview that will be welcomed by teachers and students alike. The authors provide a comprehensive introduction to the central tenets underlying and policy implications of the various schools of thought in macroeconomics. Beginning with the contribution of Keynes, and the debates surrounding the publication of The General Theory, they then review the main issues relating to the development of the Neoclassical Synthesis and Orthodox Keynesianism, the Monetarist Counter-Revolution, the New Classical Critique, Real Business Cycle Theory, the New Keynesian Resurgence, and finally, the contributions of the post Keynesian and Austrian research traditions. A major feature of the Guide is conversations with the following leading economists: Stanley Fischer, Robert Skidelsky, James Tobin, Milton Friedman, David Laidler, Robert Lucas, Jr., Patrick Minford, Robert Barro, Charles Plosser, Gregory Mankiw, Edmund Phelps, Roger Garrison and Victoria Chick. These interviews shed new light on the intellectual fervour that has coloured the development of modern macroeconomic theory and policy. A Modern Guide to Macroeconomics provides an invaluable guide to the theoretical debates that are at the centre of the controversy over economic policymaking in the 1990s and beyond.
Tags: economic policy | history of economic thought | Keynes | macroeconomic | macroeconomics | pluralist teaching | political economy | schools of thought